You are here: Home / TV / Anime / Four People Lie in Their Own Way: Ninjas and boys dressed as girls

The anime Four People Lie in Their Own Way has released a full trailer showing the treatment of Madoka Kashiara’s comedy manga.

Studio Flad is at the helm with Makoto Hoshino (Banished From The Heroes’ Party) as the director, with Megumi Shimizu on scripts, also from Banished.

The story follows four friends at a girls’ school who have something of note about them. One friend is a space pilot, the other a ronin ninja, one a girl with supernatural powers and the other is a boy in girls’ clothing.

I think the last of the four there, the boy dressed as a girl, isn’t entirely on the same level as the other three, but we’ll have to see how the plot develops.

Technically, the manga still has a heartbeat but has been on hiatus since August 2021.

Four People Lie in Their Own Way: Ninjas and boys dressed as girls 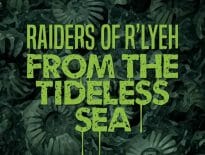 Tabletop & RPGs Raiders of R’lyeh: From the Tideless Sea … 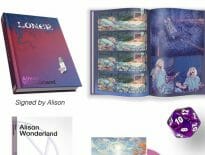