One Piece might be the most prominent manga and anime of all time. The long-running series is certainly getting another feature-length, and now we know a little more about One Piece Film Red.

Red is the hair colour of the backer the drama expands to include. Uta is a singer and is related to Shanks.

Eiichiro Oda, One Piece’s creator, is exec producer for the movie, designed the “battle wear” for the characters featured in it and did so around the theme “rock x pirates”.

Previous teasers have given us posters of Uta. We now also have a brief synopsis.

Uta — the most beloved singer in the world. Her voice, which she sings with while concealing her true identity, has been described as “otherworldly.” She will appear in public for the first time at a live concert. As the venue fills with all kinds of Uta fans — excited pirates, the Navy watching closely, and the Straw Hats led by Luffy who simply came to enjoy her sonorous performance — the voice that the whole world has been waiting for is about to resound. The story begins with the shocking fact that she is “Shanks’ daughter.”

If you’re not fully up to speed with One Piece, Shanks is one of the Four Emperors who rules the New World, and his crew is the Red Hair Pirates. He’s important in One Piece mythology as he’s Luffy’s inspiration to become a pirate and was the original owner (or a previous owner, at least) of the iconic Straw Hat. The heroes in the anime are the Straw Hat Pirates.

One Piece Film Red will release in cinemas in Japan this August, and it’s likely to travel after that. 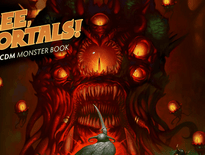 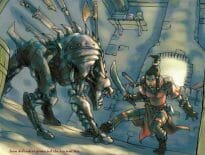