You are here: Home / Games / Tabletop & RPGs / No prep, no GM, and a learn-while-you-play model pushes Tales of the Round Table forward on Kickstarter

Mythweaver Games has a newly launched Kickstarter, their first, which looks robust as the finishing line approaches with a full three weeks still on the clock.

The project is for Tales of the Round Table. It’s an RPG that doesn’t need a GM or anyone really to be the master of the rules. You learn while you play and weave stories together. There’s a swish pitch video to watch.

The single core book of many RPGs has been removed in favour of small storybooks for everyone playing. The need to learn the rules is also removed as people just follow the scenes and mechanics in these books.

The GM has gone too, no DM, as players take on the responsibility of starting scenes, resolving conflicts and creating challenges.

Mythweaver Games explains that the Arthurian legend has been picked as the stories that made them popular date back to almost a thousand years later, so there’s no definitive version of the legend. You know the story, but not all the stories.

There are four characters and several antagonists in the set. The PCs will be;

A digital copy designed for print and play is available to backers who can find $3, though you can support the indie project for cash pledges smaller than that or by telling friends.

It’s $20 if you prefer to have the standard digital edition, which uses colour and a different size. The print-and-play version is also bundled at this level.

A step up to $40 is enough to get the physical version of the full game, but you have shipping to sort out later.

Mythweaver forecast that the digital versions will be ready in November, but the printed edition will be early next year in January.

No prep, no GM, and a learn-while-you-play model pushes Tales of the Round Table forward on Kickstarter 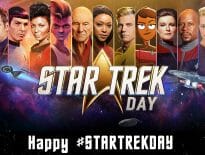 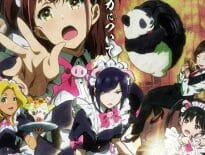