We’ve seen Akiba Maid War on Geek Native before, heard the drum beat and wondered what the show is about.

Now we’re one more trailer in, which I’ll show just below, and a little further advanced. I suggest this is a trailer for which not speaking a word of Japanese might make it better!

Yeah, those pixel censoring effects aren’t just for style. They suggest an adult show, and I suspect that’s where Akiba Maid War will lean.

Google Translate has helped with a comment from Manabu Nii, the chief animation director. Let’s see if it illuminates us;

A maid anime set in Akihabara. This feeling of the royal road and the incongruity that cannot be hidden from the catchphrase “Moe and Violence”. . . For the time being, I was invited saying, “I can draw a lot of cute maids!” I never thought I would get involved in something like this… (laughs) I hope you enjoy it, including the confusion. Nice to meet you, Desu!

Anime News Network suggests that “Kedamono Land Management Strategy Room” is credited with the original work for the anime. Sōichi Masui (Sakura Quest, Rascal Does Not Dream of Bunny Girl Senpai) is the director at P.A. Works, and Yoshihiro Hiki is helming the series scripts.

P.A. Works is collaborating with Cygames, suggesting that a game is coming. The anime is expected, but who knows for sure, to launch on October 6th. 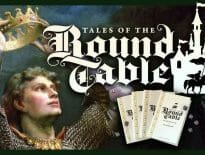 Tabletop & RPGs No prep, no GM, and a learn-while-you-play model p… 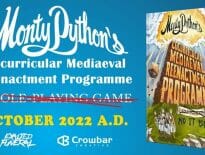