This is Audio EXP for the 13th of August 2022, and the title of this episode is “Wizards of the Coast promise monster news”.

[The following is a transcript of Audio EXP: #161]

https://www.geeknative.com/145482/rpg-publisher-spotlight-izegrim-creations/Izegrim Creations is in the spotlight this month, as voted for by Patreons.

The interview with Rod Waibel is up, and since Izegrim is running a Kickstarter for Twilight Fables, mature folklore and fairy tail supplement, we had a talk about that.

In this case, Rod calls Twilight Fables a mature game as the stories of mythology and the likes of brothers Grimm are pretty horrid. Children get eaten, for example, and these stories were designed to spook and be impactful.

I asked whether we needed a rule system to make games mature. That’s not what Twilight Fables does, nor does Rod think people who want more mature games need such rules, but they can use them if they want to.

Now, the headline news is about D&D’s monster news, whatever that turns out to be, and I’d normally cover freebies towards the end of this podcast but let’s delay that D&D speculation just a bit and stick with mature RPGs.

The Red Room, which I’ve blogged about before, thinking they’ve been generous with free material and clever with settings, released a large Pay What You Want with a recommended $0 price tag on that for Wretched Bar Stewards.

In Wretched Bar Stewards characters are sleazy and with stats named after sins such as Greed, Pride or Lust.

That’s a good example of what I mean when I ask “Do we need rules for this?”. I think the phrase, “But it’s what my character would do” is, if ever uttered, a suggestion that something went wrong. You shouldn’t need to say it.

I think having lust stats as an excuse skirts into the same territory. You can run lascivious games without needing the excuse of, “Uh, dots on my character sheet made me do it.” It feels a bit like teenage boys not wanting to risk rejection. That said, I’m not sure all the designers on Wretched Bar Stewards identify as male, and I’m sure none are teenagers.

Another freebie is a quick start from Storm Bunny Studios for Bloodlines & Black Magic. There is a game that could easily have a mature side if you wanted it, and the Pathfinder-evolved rules focus on bits and pieces we might need game designer help for, such as how magic operates and where the Invisible City is.

Now, since I seem to be on a moaning streak, let me rail into the official Stranger Things game.

It was pitched to me as a role-playing game, and I went to see whether it really was. I think the jury is still out. Yes, you take on the role of a character from the series, but it’s really a card or tabletop game about trying to recruit people into your team.

It’s the team names that made me ask, “Really? That’s the best we can do?”

One team are called the Sane. Not heroes, or free, or independent, but Sane.

So, what’s the other team called? The insane? No, it’s not as straightforward as that. Instead, go back to a pre-medical era where people thought madness was caused by demonic possession.

In the Stranger Things game, the other team are the Possessed.

I just think it was neither in keeping with the spirit of the show nor wise to link mental health to the supernatural world of Stranger Things. Netflix, I presume, signed this off, and I’m terribly surprised.

I’ve had several comments on the article, none of which I’ve approved, from people who think I’m a snowflake. My favourite is when they comment again, upset that I disapproved their first comment. Who’s being a snowflake now?

So, let’s lift the mood and talk about some winners. The 2022 ENnies are out. The competition has nothing to do with EN World anymore, and is pretty darn significant in the gaming world.

All in all, it was a great mix of systems, genres, setting, and publishers and you might call it a particularly diverse year of winners.

Critical Role and Studio 2 Publishing carried the flag for 5e, but the D&D rules engine did not dominate.

Speaking of D&D, they, D&D Beyond and even WizKids emailed to promise big news on the 18th.

Next week, we will unveil some tarrasque-sized D&D news during Wizards Presents. Tune in to D&D Beyond’s YouTube or Twitch on Thursday, August 18th to watch exciting announcements and exclusive reveals together!

That’ll happen on August 18th at 9am PT.

In potentially related news is a new D&D book placeholder on Amazon. It’s one of those coming soon black books.

That book is due out in December, and we do know that the Dragonlance adventure Shadow of the Dragon Queen was promised for the end of 2022 and is still to be announced. It might well be that book.

Two thoughts, though; firstly – is that monster-sized news? Secondly – why D&D Beyond brand this? I Dragonlance was the big news, then isn’t that just D&D news?

In fact, sorry / not sorry for the marketing news. There’s even a “Wizards Presents” logo on the email. In terms of brands, there are Wizards of the Coast, Wizards Presents, Dungeons & Dragons and D&D Beyond all in one message. Gosh.

Some theories, then. It could be D&D Beyond news.

Dicebreaker, a publication that absolutely would and could work with WotC to line up messaging, recently posted about how the 50th Anniversary Edition of D&D, due out in 2024, will be more like D&D 5.5 and will make changes that not everyone will like.

What do you think? Let me know.

I also got to ask Luke Gygax what he thought, but not about D&D 5.5 or the big news as we chatted before all that news broke.

In fact, I emailed back and forth between Luke and Matt Everhart. Everhart is the RPG designer on Gaxx Worx, and Gaxx Worx is Gygax’s RPG publishing studio.

The Gaxx Worx game that Matt Everhart is writing that’ll use Everyday Heroes is called Strange & Grim and it’ll be a war horror.

Luke’s just retired from the US army, but I’m not sure how much of that experience we’ll see in Strange & Grim as it’s really Matt’s game.

However, I did get to ask about the changes in the RPG community. Diplomatically, he said;

Anytime you have a lot of people involved there is some tension and conflicts so our community isn’t that unusual. By and large I have found that gamers are good people who are often intelligent, caring and generous. I enjoy meeting people at Gary Con or other conventions and talking to them about the positive aspects of RPGs, and how it has helped them. I am very fortunate to be able to help carry my dad’s legacy forward.

In other 5e news, Lord of the Rings is heading back there. Free League Publishing has confirmed The Lord of the Rings Roleplaying book will use the D&D system. That’s a road the previous licensee Cubicle 7 took.

I’ve had people tell me that D&D 5e is an awful system, and, sure, it’s great to have opinions on RPG engines. Many years ago, I satisfied myself that systems are really what you make them, so I’m not able to find much energy for the debate beyond stating that I really like it when the games system encourages mechanics that overlay and add to the world setting. In Middle-earth, that would be a corruption system, and we’ve seen The One Ring do that well.

Now, speaking of Cubicle 7, last week, I mentioned they had new Warhammer games coming out, and I made the usual point of asking when they would start to push their own IP. By which I mean their own worlds and settings they could own.

Now they’ve announced Broken Weave as a tragic fantasy. It’ll also be powered by 5e, but they’ve already said that it’ll get its own unique system after a couple of years.

Before we get onto the other half of the usual outro of bundles and competitions, I do want to talk about Demon Dog from Nightfall Games.

That Mork Borg setting had been announced a while back but put on pause when Kickstarter tightened down on the rules about fulfilling projects before starting new ones. A challenging but ethical call from Nightfall.

Geek Native has some exclusive art from the game to share, and you’ll find links to that via the show notes. In Demon Dog, you’re a dead punk, but death isn’t as final as it could be as you also signed a pact with a demon.

Dying in the next few days will be a flash sale on Traveller5. That’s not the frustrating short-hand for D&D 5e but the fifth edition of the sci-fi Traveller RPG.

That deal is good until the 17th and the two Legacy Bundles are good until the 29th. That’s a generational game about rebuilding after the apocalypse.

There’s a few Humble bundles I need to write up, but the one I carved out time for supports Children in Need and is Big Finish’s Doctor Who audiobooks.

Time is still pressing and today is the last of my week off from my day job. It’s back to work on Monday. I’ve been running around the Edinburgh festivals like a busy blogging bee. So, next week I’ll be Geek Native blogging, Edinburgh Reviewing and working.

My messenger bag broke, pretty much a disaster, and I’ve got Tabletop Scotland as a convention to go at the end of the month. If you can recommend any messenger laptop bags, please let me know.

Lastly, a competition for UK listeners in the shape of book two of The Dying Squad series and The Generation Killer.

On that note, may your laptop bag straps stay firm and see you next week. 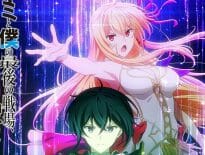 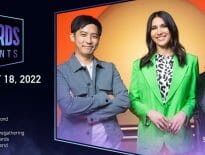