You are here: Home / TV / Anime / Love across dimensions: To all of you that I loved

The sci-fi and supernatural elements in “To all of you that I loved” and “To the only one who loved you, me” barely feature in the trailers. Perhaps that’s the point; these are love stories.

However, it was sci-fi angle that got Geek Native’s attention in March’s sci-fi romance post. Here’s the idea; these two feature-length animes are coming out simultaneously; both are both people who travel from one dimension to another for love.

To all of you that I loved

Koyomi Takasaki attends a local university prep school after moving in with his mother following his parents’ divorce. Koyomi is unable to establish friends because of the study-focused environment and his social ineptitude. He is contacted one day by his classmate Kazune Takigawa, who informs him that she has travelled from the 85th dimension, where she and Koyomi are lovers.

To the only one who loved you, me

Koyomi Hidaka, who lives with his father following his parents’ divorce, encounters a girl called Sato Shiori at his father’s workplace, the Institute of False Quality Science. They each have a crush on one other, but everything changes when their parents remarry. Koyomi and Shiori convinced that they would never be together, attempt to jump to another planet where they will not be brother and sister…, but a world without her has no significance.

Both films are due out in Japan on October 7th, and we’ll have to see if any streaming platform picks them up.

Love across dimensions: To all of you that I loved 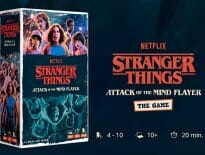 Tabletop & RPGs The official Attack of the Mind Flayer: The Strang… 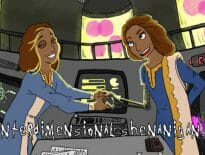