Free quickstart rules are available for Adventure Perilous Role-Playing Game, and the campaign has hit its goal already. You can join in, check on progress or dig into the details on their project page.

It’s a 2d6 system with easy math, combat is deadly with that old-school feel, and character creation is equally quick and simple. Three keywords (heritage, personality and skill) define characters, and magic is freeform, so you can layer detail while keeping things as straightforward as you want.

If funded, as it looks to be, the Adventure Perilous physical book will be digest sized (5.5″ by 8.5″) with 124-pages, in full colour and from DriveThruRPG.

Adventure Perilous focuses on fast gameplay by keeping game mechanics simple and streamlined. The Game Master (the person running the game) rarely needs to reference the rules once learned. This creates a style of play that keeps players immersed in the events of the game as the action in game is paramount and the rules recede into the background. Bookkeeping is minimal thanks to easy math and simple character sheets.

Supporters offering $10 will get the PDF edition of Adventure Perilous as a reward. Those who can step up to $15 will also get the overworld map hexes, dungeon tiles and print and play minis.

The paperback and PDF combos is available at $20 or $25, the more expensive only being for USA backers (which are considered domestic by Simian Circle – all a matter of perspective, of course). I assume this is because the lower cost tier will have more expensive shipping added later.

The same is true for hardback copies, with the two tiers being at $25 and then $25 for US-only backers.

There are bulk deals available for retailers, and irrespective of your tier, the project is slated for an October delivery, that’s October this year. 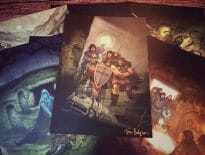 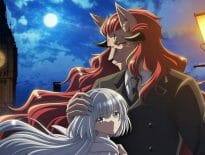