You are here: Home / Games / Tabletop & RPGs / The Eternal Search: Two factions, an adventure and Death in Space

Jesse Dixon is a programmer by day and a tabletop gamer by night, and I imagine both skillsets are in use for the ZineQuest-timed and beyond-target The Eternal Search.

The zine introduces an adventure and two factions for Christian Plogfors and Carl Niblaeus’s Death in Space RPG. At the time of writing, there are 20 days left to back the project, and you can do that from Kickstarter.

The zine is named after an in-game religion dedicated to finding a lost god.

Death in Space itself is an OSR-influenced, rules-light, grim take on a broken future.

The Stellar Dream was a small luxury passenger ship a century ago. Now, it has been repurposed as a home for a peaceful commune.

There are two factions interested in The Stellar Dream. The Eternal Search is a cult dedicated to searching for their lost god. They believe there may be clues to their god’s location hidden aboard The Stellar Dream, and they want you to go in and find it. The Gray Bond runs the underworld in this sector, and their leader has a mission for you too aboard the former cruise liner.

Aboard the ship, you will learn that not everything is as it seems.

Backers who pledge $6 or more will get a PDF copy of the zine as a thank you reward, plus any additional digital stretch goals.

There’s one other reward tier which is $15 and includes a physical copy of the zine. Four out of five disclosed stretch goals have been unlocked, meaning more handouts and adventure books.

The Eternal Search: Two factions, an adventure and Death in Space 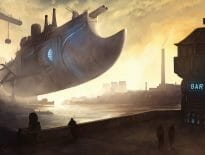 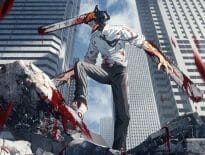