You are here: Home / Games / Tabletop & RPGs / War For the Wasteland: Welcome to the lo-fi sci-fi apocalypse

Bloat Games are on Kickstarter for ZineQuest with a minimalist lo-fi tabletop RPG called War For The Wasteland.

As common with ZineQuest, the campaign isn’t running for a whole month, and there’s now just over a week to get involved.

Impactful art always gets with Bloat Game’s products, and Phil Stone is the talented illustrator on this project.

War For The Wasteland is inspired by 2400 Lo-Fi Sci-Fi by Jason Tocci of Pretendo Games. It’s set in a post-nuclear and devastated the United States. In the hundreds of years since the bombs fell, there are now mutant animals and other horrors making life for regular people challenging, and warring factions make it even harder.

It’s not a game for newcomers. War For The Wasteland has been designed with veteran gamers and Game Masters.

You can help Kickstarter by sharing it on social media or offering just a few dollars. In fact, at just £4, you’ll have offered enough to pick up a digital edition of War For The Wasteland in PDF.

The zine comes with the PDF and is a 16-page black-white printing. A pledge of $10 will be enough to secure yourself a copy, but only if you’re in the US.

There are higher tiers, but they’re for gaming groups or perhaps even retailers with multiple copies. Some backers have stepped in to secure ten zines and 20 printed character sheets each.

The estimated delivery for the end of the world is November 2022.

War For the Wasteland: Welcome to the lo-fi sci-fi apocalypse 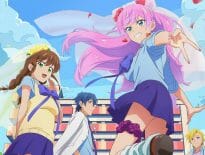 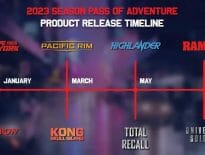