Rookie Jet Studio, the RPG publisher of games such as Over Arms and Red Giant has a new project. Empty Cycle is inspired by anime like FLCL and Kill la Kill, which means school, emotional discovery and invading alien robots on your lunch break.

The quality of Rookie Jet’s previous games has been good, and we see that in how quickly Empty Cycle funded. The $2,000 goal was met in hours, and we’re already at 200%. You can follow the progress and join in from Kickstarter.

Empty Cycle is being described as an experimental tabletop RPG. How so? You’ll be playing two characters at once, and one character will be a traditional style hero and the other, well, a parasite.

Everything changes when otherworldly beings known as “Parasites” arrive on earth and begin to affix themselves to our protagonists in order to survive. Parasites are humanoid, planet-hopping alien beings that are able to take on a new human form based on their hosts Complex, Emotions and Desires, often using an attractive appearance to persuade and influence their hosts for a mutual gain between the two life forms.

You can support the campaign through social shares and pledges. It all helps, and if you can offer $10, then an Empty Cycle PDF and a set of character sheets.

If you can step up to $16, just a bit higher, you’ll get a print-on-demand coupon for the softcover standard edition.

Then, at $20, the softcover becomes a hardcover coupon.

As with previous games, there’s also a limited edition, and that’s available as a hardback at $24.

Plenty of higher tiers have bundle options, other games, or multiple copies of the book.

Delivery on the project is impressively swift! Just October 2022. 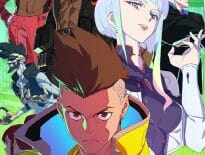 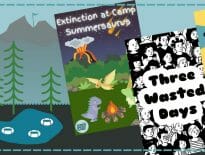