It’s SDCC weekend, and we’ve had a shed load of jaw-dropping trailers. To cope, to list quite a few, here’s this Uncommonly Itemised summary.

Yeah, we’ve already had Dungeons and Dragons: Honour Among Thieves as Geek Native got the heads up from Hasbro’s press mass mail. Geek Native also had relatively early coverage of The Rings of Power, the Lord of the Rings prequel.

And double-yeah, not all these trailers came at SDCC itself; some aired around about the same time are part of the whirlwind of cool stuff.

Shazam! Fury of the Gods 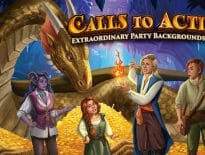