You are here: Home / Games / Tabletop & RPGs / What are the best-selling games in DriveThruRPG’s Christmas in July mega sale?

DriveThruRPG’s big Christmas in July sale has been on for a few days, with about two weeks left. That’s enough time to see which games are contenders for the best sellers.

DriveThru’s system has “Hottest, ” a bar across the top, and “Popularity” as a dropdown in the search. The two make similar but different lists, and this write-up uses Hottest.

There are many familiar titles in there and Free League in first and second place with the core rules for the new One Ring / Lord of the Rings game and the solo rules supplement.

The Dare by Sentinel Hill Press is a one-shot scenario for Call of Cthulhu, making it one of the new non-core rules in the list and perhaps the most indie title to make the top ten. It comes with a “Call of Kid-thulhu” rules variant of Call of Cthulhu, and that’s not described as for kids but for new players.

If you’re looking for a bargain, you can’t quite sort by price as that includes some alpha edition, lots of map packs and art licenses. Here, though are some suggestions.

What are the best-selling games in DriveThruRPG’s Christmas in July mega sale? 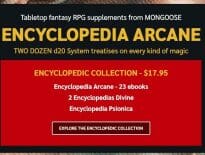 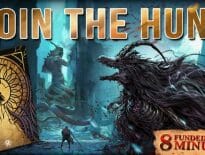