You are here: Home / Geek Stuff / Han Solo’s missing blaster could go for half a million or more

The blaster Han Solo used in Star Wars: A New Hope was once considered lost forever. Two new prop blasters had to be made for Solo in The Empire Strikes Back and Return of the Jedi.

We have got a ballpark cost for those replacement blasters, too. One, the Return of the Jedi prop, sold in auction in 2018 for $550,000. So, imagine what the original A New Hope blaster could go for?

Rock Island Auction Company has the original, the documentation to prove it and will put the prop on auction in August. The pre-auction price is £300,00 – £500,00.

Those who know about guns might recognise the Solo blaster as a modified Mauser C96 broom handle pistol. It had been used in movies, once by Frank Sinatra in “Naked Runner”, where he played an assassin.

Roger Christian, the set decorator for A New Hope, is believed to have wanted a western vibe for Solo’s weapon in the film. As a result, the Mauser was modified with a World War II era sope and a muzzle from an aeroplane-mounted machine gun.

The Star Wars prop isn’t the only gun going under the hammer in August. Rock Island Auction Company has loads more, including a pair of Lara Croft pistols used by Angelina Jolie and the real-life revolver of Wild Bill Hickok. The latter of which, some historians believe, was on the fighter when he was killed in Deadwood. 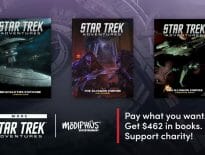 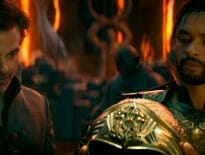