You are here: Home / TV / Anime / Sneak a glimpse inside the Spy Classroom

Takemachi and illustrator Tomari will see their light novel Spy Kyoshitsu Spy Kyoshitsu turned into a TV anime. We can see a sneak peek now if that’s what you consider a trailer!

What’s it about? It’s about a quirky super-spy training a new generation of youngsters to tackle an impossible mission.

There’s a touch of James Bond in that opening, I think. No bad thing.

The book is available from Amazon and with Yen Press with the license to translate into English and publish.

The golden age of the military has passed, and war is now carried out by spies. Klaus, an agent with a perfect record but a difficult personality, has formed a special team to carry out an “impossible” mission with a 90% failure rate. Problem is…the ones he’s chosen are a bunch of pretty girls with no experience!?

However, on their site, Yen Press put a different spin on the series entirely, saying;

Following a devastating military conflict, countries fight their wars in the shadows. One unusual spy, Klaus, has never failed on the job despite his quirks, and he is building a team to take on an Impossible Mission—one with over a 90 percent chance of failure. However, his chosen members are all washouts with no practical experience. They’ll have to use every trick in the book (and some that aren’t) to prove they’re up to the task!

Spy Classroom is being made by feel and directed by Keiichiro Kawaguchi. It’ll air in Japan sometime in 2023.

Sneak a glimpse inside the Spy Classroom 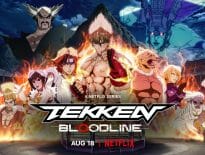 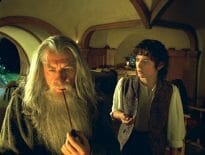