Titan Comics has the rights for Doctor Who, Blade Runner and Cowboy Bebop series, as well as countless others.

Today they’ve announced a deal with Heroic Signatures to do a new Conan the Barbarian line.

I mention Doctor Who, Blade Runner and Cowboy Bebop as they all have, or are getting, RPGs. More recently, Titan teamed up with Free League for an expanded Alien RPG transmedia deal. There’s a Conan RPG already from Modiphius, and in a stroke of timing, there was a recent bundle.

There’s a Heroic Signatures to Modiphius connection, too, with Mutant Chronicles and Mutant: Year Zero in the former’s portfolio. We can only speculate.

What’s certain about the Heroic Signatures deal is that it’s a co-publishing project for comics, graphic novels and re-mastered archives.

All this in time for the Titan Comics’ 10th Anniversary. Conan’s 90th Anniversary is coming and will be marketed with the first in the series of standalone adventures Conan the Barbarian: The Official Story of the Film.

We have been working with Titan for a year on the prose side and established a good foundation for expanding our business together. When it became clear that Heroic Signatures would publish our own comics it was natural to partner with a team that we have known for decades. Their expertise in publishing is stellar and we couldn’t be more excited to launch a barbarian horde of titles like Conan, Solomon Kane, Dark Agnes, and many more together.”

Following on from the Conan fiction and illustrated books Titan Books is publishing this year with Heroic Signatures, we are very excited to be extending our relationship with our longstanding colleagues, Fred and Jay and their incredible team, to include Comics, Graphic Novels and Archive Editions through Titan Comics, for all the Robert E Howard properties which we will be launching in 2023.

Previously, both Dark Horse and Marvel have published Conan. There’s also been a Solomon Kane RPG, which was licensed by Cabinet to Pinnacle until 2019. 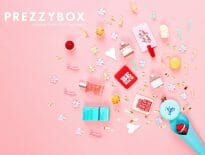