By the end of the year, it will not be possible to buy the Platinum best-seller Solomon Kane for Savage Worlds from Pinnacle Entertainment.

The book is currently discounted from nearly $50 to less than $15 at DrivethruRPG and Pinnacle have a Solomon Kane bundle discounted on their store that has the hardback core rules, the Path of Kane, The Savage Foes of Solomon Kane and Traveller’s Tales going for $40 off.

Pinnacle and Savage Worlds have looked after the Robert E Howard property for nearly a decade, but the license is reverting back to Cabinet Entertainment on December 31st.

However, today, Pinnacle will publish one more book. The Savage World of Solomon Kane will allow GMs to bring the 2012 RPG up to date with the recent developments with the Savage Worlds Adventure Edition rules and that should give players enough of a boost to enjoy these games for years to come.

Joakim Zetterberg of Cabinet had praise for Pinnacle as the license expired, noting;

The Savage World of Solomon Kane has had a long, successful run with Pinnacle, to the despair of many a desperate villain or undead thing crossing paths with Solomon Kane. We wish Shane and Pinnacle the best and thank them for a decade of Savage adventures.”

I’m incredibly proud of the work our team did on Solomon Kane, one of my favorite characters and series of all time. I just recently finished re-reading the tales for the 11th time, and am just as enthused as I’ve ever been about Howard’s incredible creation. We got to walk the Path of Kane for a decade, and now it’s time for us to concentrate on our own properties, such as Deadlands. It’s also time for our wonderful friends at Cabinet to give others a chance to explore Kane’s world.”

PEG will not be selling any Solomon Kane products, even in PDF, in 2020. Cabinet has not shared any plans with Geek Native, but we note that just last week they announced a deal with Privateer Press on a Robert E Howard themed miniCrate.

Will you be sorry to see Solomon Kane leave Pinnacle? 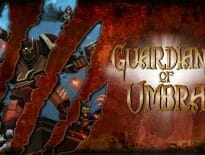 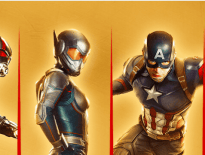