This is Audio EXP for the 11th of June 2022, and the title of this episode is “Hasbro wins civil war as rival raises $1billion”.

[The following is a transcript of Audio EXP: #152]

I’ve an email from Joseph at BRW in my inbox, and, all being well and the timetable calm, I’ll get some questions over shortly. Now, if you’re in any of my gaming groups, you’ll be sniggering at the very idea of a clear timetable.

It’s true, yours truly squeezes whatever he can into 18 or 19-hour days, but really these interviews are a high point and worth it. So, I can’t promise timetables, but I can promise effort.

Speaking of timetables, as we approach year three of this little highlights podcast, one which focuses on RPG news, reflecting the blog but not exclusively, we have a first.

This is episode 152 of Audio EXP, and the twin headline touches on stories not written up on Geek Native. Both, though, are linked to via the Friday RPG news summary.

So, why the change? Well, both took a while to percolate in my brain and for me to work out how important they are.

Hasbro’s boss, who ran Wizards of the Coast until recently, has not been fired.

For now, Chris Cocks is safe.

To recap, some investors, a group led by Alta Fox, had been pushing for Hasbro to spin-off Wizards of the Coast. Why? Essentially, the accepted but never confirmed reason was that selling parts of the company would make more money than selling the whole company. Even those parts were shares.

Hasbro pushed back. Alta Fox pushed again, urging for change on the board and even getting quite personal with the new Wizards of the Coast CEO.

Well, those efforts were defeated by shareholders this month as Hasbro won. Chris stays in place.

The other bit of news is that the Embracer Group is raising $1.05 billion in funds. They own Asmodee, Dark Horse, Fantasy Flight Games and Edge Studio who publish the Star Wars RPG, Legend of the Five Rings and others.

Embracer paid more than $1bn for Asmodee, so why is a Series B fund with the Savvy Gaming Group of note.

A bit of research tells me that the Savvy Gaming Group is an arm of the Saudi Arabia sovereign wealth Public Investment Fund.

Do you have a view of the human rights track record of the Saudi regime? I do, and I can tell you it gives me cause for concern.

That’s not to say only Fantasy Flight, Edge and Asmodee are publishers we know and who might have dodgy investments. I’ve not researched this, but the chances of Hasbro being invested in by all sorts, including companies with petro-chemical or poor green ethics, is not zero.

It’s a tough call for any leadership team. Money, stability and jobs or ethics? And is saying no to jobs still ethical?

A leadership team who’ve been in the front line recently is Paizo. The Pathfinder and Starfinder publisher now works with an official Union.

Recently, Jim Bulter stepped up to be the new President.

He’s had that role for weeks and has made some changes to the leadership team. Erik Mona and Mike Webb are still involved, but Rai Kong and Maggie Gallagher are promoted.

Rai is now the VP of Technology and comes from a web and UX background; she’s an internal promotion, even if not a name we might all be familiar with.

Maggie Gallagher might sound familiar, though. Maggie was the HR expert the company hired to sort out their trouble with staff tensions and company culture.

Well, it turns out that Maggie must have been a good hire, and she’s now the VP of People & Culture. I guess she’s staying, and this is good.

In a fluke, I also had a story about gaming companies and employee tenure pitched to me. I took the bait, and you can find an interactive table from Resume.io on the site.

Links to that can be found via the transcript and a link in the show notes.

Resume.io’s LinkedIn scraping shows that Neutrogena and HSBC Bank USA have the lowest staff churn, but airlines make up half of the top 10.

Tech companies tend to do worst with Coinbase right at the bottom.

In the first place, BioWare.
In second, Sega.

What about the bottom?

At the second bottom; is Epic Games, where people tend to move on after 2 years.

At rock bottom in the gaming group is Activision Blizzard, with an employee tenure of only 1.8 years.

I’m not sure this next bit of news is that surprising, either. As part of their 10-year anniversary celebrations, Monte Cook Games have lifted the covers on a Cypher System Open License (CSOL). That means you can now write, sell and keep some money for RPGs that use the Cypher System. And do so without faff.

Okay, we’ve had some stories about corporate organisations. Let’s balance things with a bit of anarchy.

Araukana Media, the indie publisher, gave us the sci-fi RPG called Nibiru. That game is about memories in that your character develops as they explore the spaceship they’re in, the vast spaceship, and remember forgotten details about their lost past as they do so.

Araukana has been teasing images and page spreads from their next game, Zephyr.

It looks stunning. It’s also being described as an anarchist RPG about identities. One to look forward to, and I imagine it’ll be heading to a crowdfunding platform before retail.

No cash for crowdfunding? No worries. I’ve some free-to-download suggestions for you.

First up, from Mud Puddle and the DMsGuild is The Hedgehogian Files. This alpha release has 5e stats for 2-and-a-half-foot tall smart hedgehogs. They have natural armour.

There are ashcan files for Savage Urth in another generous preview from Fire Lizard Games. Savage Urth is a stone-age fantasy game, and it’s already live on Kickstarter.

Next up there’s Neoplastic Press and Mystery Monsters.

I like the name Neoplastic Press, but I raise a note of caution on the 33-page and free Mystery Monsters. The cover art shows some great monster encounters, but the contents are black and white and generally puzzles or mysteries.

Download this for your GM library, not for creatures but for the sort of encounters players might ask for a clue to deal with.

My last free recommendation for the week is Crawling Chaos a modern-day Lovecraftian adventure from Gildor Games.

It uses the Elemental RPG. I have to say, I don’t have but am interested in Elemental. Gildor seems to produce a ton of free adventures and content for it. There’s also a free-to-download version of Elemental so it all seems a bit of a no-brainer. Why haven’t I done it yet? Time. No time.

I suppose there’s a running theme about balance, and so after doing some freebies, I could suggest the following story is about money. But, Nah. I’m really highlighting this for the sheer impact of the cash.

Imagine paying $800 bucks for a box of space-D&D minis. WizKids are charging about that for the D&D Icons of the Realms – Spelljammer: Adventures in Space Collector’s Box.

If you are a collector, ouch, there are some exclusive minis in the box, so it may be your only way to complete the set.

Could you, would you, spend that much?

Let’s get out of the RPG space for a bit but stick with space and sci-fi. There’s a sci-fi movie coming called Vesper which looks equal part creepy and gorgeous.

Earth’s ecosystem has collapsed, I think this is a theme we’ll see in movies a lot in the coming years, and we follow one girl as she attempts to cross the land.

There’s also the contemporary The Imperfects from Netflix.

The characters here are about ten years older, young men and women in their early twenties. Is it a coming-of-age story?

You see, they’ve been transformed so that they’re sometimes monsters. The Imperfects is about the group trying to deal with that and get the mad scientist who did it to them.

There are a couple of bundles in the outro section so let’s take a look.

Hero Collector and Humble have teamed up for the Star Trek Library. That’s selling like hotcakes and has loads of ebooks for the series, starting with, but not limited to The Book of Grudge.

If you’re very quick, you might still catch the Pip Collection from Third Eye Games and the Bundle of Holding. The flash sale has that flexible RPG engine on offer.

Lastly, a very personal bundle from Narcissa Nightshade of 18 RPGs to pay for medical bills. It looks like it makes clever and gorgeous use of retro and public domain sci-fi art.

And on that note, let’s wrap up there. I hope you solve any ethical debates that jump out in ambush and see you next week. 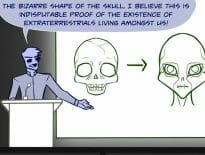 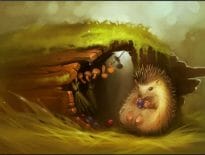