The Imperfects is a Netflix series of urban fantasy in which youngsters fin themselves becoming monsters.

And they have to deal with that.

And the person who did it to them.

The Imperfects are due out this year on the streaming platform. The series was announced in April last year, with a 10-episode run.

Nomadic Pictures is fronting the money, the company behind The Order and Wu Assassins, with the former’s Dennis Heaton and Shelley Eriksen named as the creators, writers, and executive producers.

The IMDB synopsis is;

The drama revolves around three twenty-somethings who, following an experimental gene therapy, are turned into monsters who band together to hunt down the scientist responsible and force him to make them human again. Dr. Sydney Burke, a brilliant scientist looking to fix her past mistakes, both professional and ethical, allies with Abbi, Juan and Tilda to track down the scientist responsible for their grim fates. Meanwhile, Dr. Alex Sarkov, a former child prodigy, refuses to let anyone or anything interfere with his goal of rewriting the human genome and ushering in the next stage of human evolution. 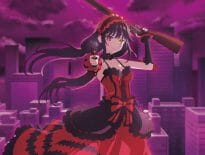 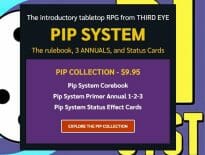