Diana Farris is a young transwoman who has drawn on personal experiences, unpleasant as they are, of discrimination and mental health challenges for The Magic Nexus.

The Nexus is a tabletop RPG entering beta and is now on Kickstarter to look for supporters. The crowdfunding effort has just launched, and you can find out more or back the project from the pitch page.

If successfully funded, The Magic Nexus RPG will be a love letter to creative people who want to explore non-restrictive content.

What does that mean?

In the Kickstarter story for The Magic Nexus, Diana talks about her experiences, goals and inspiration for her game.

I myself felt very alone and confused growing up because I did not have many examples of those who feel similar things that I do. I couldn’t know that I was transgender until I physically met someone who also was, because heteronormative standards left me with no understanding that what I was feeling was different from being a homosexual man.

With all of that in mind, I sought out others who wanted to uplift each other through celebration of our differences. We gathered artists who are making illustrations of not just LGBTQIA+ characters, but also of many other lived realities who don’t get to be seen in the light they deserve.

You can support the campaign with any cash pledge or a social media share.

Backers who can find CA$25, which is about £16, will get their name as supporters in the book.

A hardback of The Magic Nexus is planned, and that is included in the growing rewards at the CA$100 tier.

Diana estimates delivery of the book in June 2023. 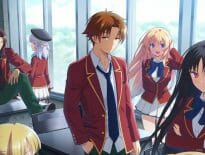 Anime School is stress: Classroom of the Elite season 2 … 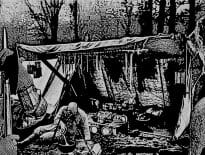