You are here: Home / Geek Stuff / Cool Tech / A salt of the earth review of GrowCube

The Kickstarter for Elecrow’s GrowCube is nearly over. It’s funded. The Hong Kong-based company wanted HK$78, 267 to fund and has raised more than HK$700,000 from hundreds of backers. That’s about £8,000.

The GrowCube is an automated watering system, and I’m impressed with the hardware though I suspect my port number 3 is malfunctioning.

There are four ports, as the unit can monitor up to four plants. Each port has a sensor and an output for the water.

You plug the sensor in easily, sliding the other end up to the mark into the plant’s soil. That’s easy, but don’t ignore the mark as too high or too low matters. The slightly scary part is cutting and attaching the plastic tube to transport water from the cube to the sprinkler system for the plant. Scary; why? I’m paranoid about water activating before I’m ready, but it should never be a problem if you do the pipe before the sensor.

I am not paranoid about the GrowCube leaking. I’m impressed with the hardware quality. My device is currently sitting on a windowsill and just above the >Ticket to Ride London prize. That’s how confident I am that neither the GrowCube nor its pipes will leak.

What’s the problem with port number 3? The smartphone app that comes with the device shows 0% moisture, and the reading makes that claim even after I add water to the soil. As you get four with the unit, I’ve tried two different sensors, and the problem is the same.

I’m not sure whether the GrowCube is watering the plant I’ve attached there. I thought it was at first, but I’ve never seen the automated watering happen, and I’m faffing over whether the soil is damp. It should be easy to tell, right? I’m that bad with plants. That’s why I need a GrowCube!

My main problems with the GrowCube have been fixed and were software. At first, my unit wouldn’t stop watering, and I discovered this was a problem when I had a mini flood to mop up. Whereas I’m confident my GrowCube won’t leak, I’m not convinced my plant pots won’t have more water than they are designed for. I’ve now got a windowsill sized tray that they sit on as a secondary water defence.

Frustratingly, the GrowCube does not play nicely with Wi-Fi signals in the 5GHz range. My home broadband router/hub is dual frequency on 5 and 2.4Ghz, and this seems to be enough to prevent the connection from working.

I thought I had solved the WiFi clash with this TP-Link AC1900 Gigabit Mesh range extender. I bought that for several reasons, and it lets me name the 5 and 2.4Ghz Wi-Fi networks differently. The GrowCube wouldn’t list the 2.4Ghz, but I could enter the name directly and connect. However, there were still problems. I suspect a firmware and/or app update will fix this.

I’m not clear whether the 5Ghz limitation is restricted to the prototype.

In the end, I bypass the Wi-Fi by connecting to my phone directly. It’s good that GrowCube supports this.

I’ve already noted that the engineering quality impresses me.

The concept has won me over. If I saw the GrowCube on sale in a shop, Is buy it. The combination of retail success and my experience with the prototype would reassure me it was time to either expand my hydro-network or replace my original unit.

GrowCube does what it sets out to do. It saves you time, responds to the moisture level in the soil, and has thousands of plants.

I’m using it as the intensive care for my failing big plants.

Why are the symptoms of underwatering and overwatering so similar? It’s such a frustration! To solve that problem, I’m now relying on the GrowCube to water in reasonable amounts and only when the sensor knows it is needed.

I’ve become such a fan of the technique that I’ve invested in an XLUX Soil Moisture Meter, so here in Geek Native’s home fort, I can monitor other plants. Sure, I could try and ram my finger into the dirt and judge manually, but I’ve terrible arthritis, so jabbing anything hurts, and it isn’t always possible. The GrowCube has shown me that technology can save plants.

I’m a bit envious if Kickstarter backers end up getting a more advanced GrowCube than I did. I like mine, and it’s nearly there.

That said, I’m a bit cautious that Kickstarter backers will get the same version as I did because mine feels so much like a final product. Is that a bad thing? Only if the remaining issues turn out to be hardware and not fixable via software upgrades.

I think the super early bird units on the Kickstarter are about to sell out, leaving Early Bird tiers left. Those cost HK$699 or about $89/£72, and the estimated retail price will be $119. YOu get the GrowCube, power adaptor, 4 soil moisture sensors, 10m of water pipe, 4 nozzles, 12 brackets and a filter head.

It’s a luxury because you can always traditionally water a plant! However, I think it’s a sensible investment in luxury. I think it’s a fair price, and in my experience, it’ll help with plant care.

If the Kickstarter wasn’t about to end, I’d delay writing this review for longer because I’m confident I could then be wholly positive. Today? Right now, I’m largely positive.

As I said at the start of this review, this is not a sycophantic write-up of a freebie I got for having a blog. I’ve spent money and time with power adaptors, Wi-Fi extenders, trays, and other adaptations to get the GrowCube working as hoped. I don’t find the financial investment frustrating, but I wish I hadn’t had to spend the time.

Overall, the GrowCube is a solid platform, I’ve watched it improve with upgrades and updates, and I think if you’re tempted by the Kickstarter, I think you should still be. If you can afford it, I’d go for it.

A salt of the earth review of GrowCube 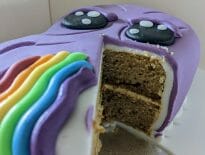 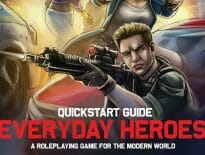