You are here: Home / TV / Anime / Seek the Eden of Vampire in the Garden

Netflix has a length trailer for their next big anime: Vampire in the Garden.

From Wit Studio and directed by Attack on Titan’s Hiroyuki Tanaka, the story of vampire wars certainly looks hard-hitting.

The fateful meeting of a human and the vampire queen may change the world. From WIT STUDIO and a team of talented creators comes Vampire in the Garden.

One cold winter, humanity lost its battle with the vampires, and with it, most of where they called home. A small population of survivors created a wall of light in a small town to protect them and give them a place to live in peace. The protagonist, Momo, lives a repressed life but still wishes to coexist with the enemy, the vampires.

Fine, the vampire queen, once loved humans and disappeared from the battlefield. As war rages through the humans’ town, the two have a fateful encounter. Once upon a time, humans and vampires lived in harmony in a place called Paradise. This is the story of a young girl and a vampire on a journey to find Paradise.

Netflix has invested heavily into anime, and, in return, it’s become an important part of the streaming platform’s options. However, Disney+ has been eating into its market and, in Japan, even buying anime. Sony is busy merging Crunchyroll and Funimation and change is afoot.

Anime fans can hope that the competition helps rather than leads to content cutbacks.

Vampire in the Garden is out on the 16th of May and Netflix has the show page up.

Seek the Eden of Vampire in the Garden 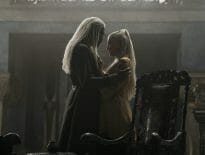 TV House of the Dragon trailer and Sky launch dates 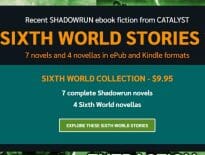