Studio 2 Publishing and Studio Agate have a monster on their hands with a 400-page Creatures: Netherworld – Monster Compendium & Toolbox for 5E. Actually, there are 180 monsters.

The new Kickstarter is going great guns. The team wanted $20,000 to fund. With a full 30 days on the clock, over 2,200 backers and nearly $200,000 in pledges. You can see the latest tally and find out more about the project from the pitch page.

If you are a backer before 11pm CET on May 6th, you’ll get a free copy of Netherworld Tunnels; digital backers get the digital version of those scenarios, and physical backers get a print version.

The project will have French and English versions, the team is used to that, and is US, UK, Canada, Australia and EU shipping-friendly which means no customers and lower shipping costs.

Geek Native has permission to reveal all three pages of the table of contents.

Creatures: Netherworld is a 400-page monster compendium and toolbox for your next campaigns, featuring more than 180 illustrated creatures for all levels, including 150 entirely original ones and 30 great classics with a new spin such as the Aboleth or the Chuul, 5 playable species (Drow, Duergar, Sidhe of the depths, Grimlocks, and Svirfneblins), adventure hooks, new feats and handicaps, 12 original magic items, 8 original archetypes providing you with material to design new monsters for your games… and much more!

Backers who find $10 in financial support can buy their way into the pledge manager for the campaign wrap-up. They’ll get $10 in credit and the unlocked stretch goals.

To secure the Creatures PDF straightaway then, backers have to find $25.

At $50, the printed version of Creatures 2 is added with shipping and customs to be worked out later. There are also all the stretch goals at this level.

At $70, there’s a big jump, with FateForge, the studio’s popular and alternative 5e setting, added along with a host of supplements.

The pledges go up to $290, which is a limited tier and shifting pretty quickly! The rewards in it tally up to around $500, which might be why!

The project team estimate they’ll have the shipping in progress by November 2022. 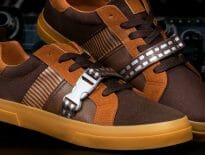 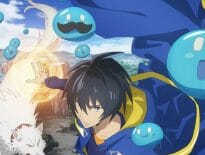