It’s not a surprise, but Free League launched their Blade Runner RPG Kickstarter today and funded within minutes.

If you pledge early, before 3 pm CET on Wednesday, May 4, you’ll get a bonus art print with physical reward tiers. See the details of the offer on the project page.

The pitch video shows and does not tell. It’s a teaser.

The game warns it’ll tackle mature topics and stick closely to the movie’s theme. It’ll take the Year Zero Engine to a new level, present as an original investigative RPG and do so in over 200 pages.

There’s a special limited edition that will be limited to the Kickstarter. It has black faux leather and a holographic foil stamp cover.

Backers get the PDF editions of the core rulebook and starter set as soon as the campaign edges, and the official release is months away.

The official BLADE RUNNER RPG will propel you into the streets of Los Angeles as Blade Runners with unique specialties, personalities – and memories. The core game and its line of expansions will push the boundaries of investigative gameplay in tabletop RPGs, giving players a range of tools to solve an array of cases far beyond retiring Replicants.

You can support the project by offering money and sharing on social media.

If your financial support stretches to SEK 298, which is about €29, £24 or $31, you’ll get the digital stretch goals as both the core rulebook and starter set in PDF.

SEK 498 is enough to add the physical and standard edition core rules to the rewards. Then, at SEK 898, the starter set is also added.

The deluxe edition is already very popular and a step up. At SEK 1, 298 ($134), even at this tier, we’re still only getting digital stretch goals. 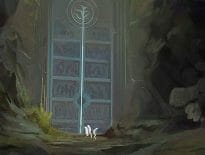 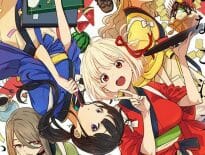 Anime Perk up with this Lycoris Recoil teaser
wpDiscuzComment Author Info
Manage Cookie Consent
This site uses cookies 🍪, and links are ads that may earn bloggers some money 💰, and with this alert, I very much hope that these dark truths 🧌 are acknowledged.
Manage options Manage services Manage vendors Read more about these purposes
Preferences
{title} {title} {title}
Loading Comments...