When does Netflix start Drifting Home? September 16th, and we know that thanks to the latest teaser.

I described the first Drifting Home teaser as mysteries. We now know a little more, including the launch date.

Studio Colorido is helming the project for Netflix, and it’s a big one for them. As well as the streaming platform taking the anime global, Drifting Home will run in Japanese cinema.

The director is Hiroyasu Ishida, who also did Penguin Highway, which was lovely.

The plot follows Kōsuke and Natsume, two childhood friends drifting apart as they grow up. It’s getting awkward.

However, on one summer holiday, the two visit an old apartment. Urban exploring, or just kids strolling around, and maybe destiny. This is the building where they grew up, and it’s about to be demolished.

Without explanation or warning, the building is then surrounded by an ocean, so the two and their friends must find a way home from the drifting building.

I see how “Drifting Home” makes perfect sense as the story’s title.

Zutomayo performs the feature song in the teaser, called “Natsugare”, which translates to “Summer Slump”. It’s lovely to have a whole word for that somewhat quixotic feeling! 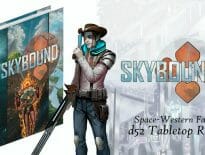 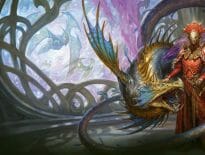