Island of Bees has a great name for a publisher and a free preview of their next RPG project. That’s Skybound.

There’s a Kickstarter for the space-western fantasy coming up, and the Bees have made the project page in pre-launch public. You can sign up for alerts, but nothing is set in stone yet.

Introduction to Skybound
You are an adventurer in the Cael System, a cosmos where magic and technology overlap, and humans, angels, and robots all stand on equal footing. At the center of the Cosmos is the planet Cael, a concrete world where the sun has fled, and the crowded streets are flooded in neon light. Once a handful of medieval kingdoms ruled by magic, Cael has erupted as the dominant figure in the cosmos.

Around Cael is the Elemental Ring, a torus infinitely larger than Cael, made of stone, fire, water, and air that circles the planet. The one thing keeping Cael from complete domination of the cosmos, the elementals of the Ring has proved to be an impassable blockade, keeping the governments of Cael out, and allowing the outer cosmos to remain an open frontier.

The RPG uses the d52 system, as found in the best-selling Westbound: Dust and Dragons but there’s no such thing as 52-sided dice. Instead, Skybound uses playing cards. The “d” is misleading, and, gosh, that was an odd phrase to type.

The 9-page preview is almost exclusively focused on the system, explaining how cards are used to resolve TTRPG situations. It begins by describing the essentials such as checks, combat, draws, and the GM’s role. Afterwards, we get the rules for social encounters, hacking and magic, or, at least, introductions to them.

There’s an official Skybound page on Island of Bee’s site with further downloads such as a character builder and game mat. 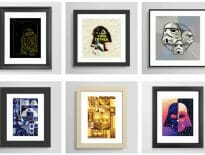 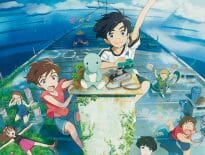