You are here: Home / Games / Tabletop & RPGs / The Rift to Rhymorra: A Guide to the Spirit Realm opens to Kickstarter success

TheAlphineDM’s 5e sourcebook with a new class, 30 new monsters, 40 magic items, and an adventure has been funded on Kickstarter. There’s still about a month left on the clock for The Rift to Rhymorra: A Guide to the Spirit Realm.

If you’ve quickly become a backer, you can still get a free coin, but not for long. You can find out more and back the project on the pitch page.

There’s a free download introduction for The Rift to Rhymorra which Geek Native was able to share a few weeks ago.

If you don’t want to faff with rich media on-screen or downloads, there’s still a preview of the Wardweaver in text and images on the Kickstarter story.

As a Wardweaver, you are able to harness and channel the power of the spirit realm! This half-caster support class utilizes placeable wards to bolster allies, disrupt and weaken enemies, and swing the tide of battle!

Some monster previews are presented in the same way with the Skrump and Morpo. Somewhat related, there’s even a teasing taste of the delicious Citraffe.

Art, and the writing, are both luring in the generous backers.

As usual, you can pledge without reward and support the project. However, if you can find $25, there’s a PDF copy of the Rift to Rhymorra as a reward.

The physical and digital combo only ships to the US, and that’s a reward tier for Americans who find $49 to support the project.

The deluxe edition is swapped in at $79, and there’s an ultimate edition which includes Ekemon’s Exotic Mounts, and your own character appears in the lore at $115.

The Rift to Rhymorra: A Guide to the Spirit Realm opens to Kickstarter success 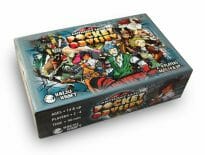 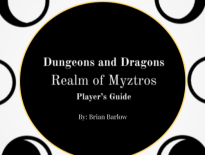