In the original Black Summoner novels, a man trades his memories for power. Warlock?

Now, Doufu Mayoi and Kurogin’s series is getting its first TV anime and Satelight has “remembered” enough for a trailer.

Our hero, the man who traded his memories, is Kelvin. The voice actor is Kouki Uchiyama; he also voices Kei Tsukishima in Haikyu!! and Tomura Shigaraki in My Hero Academia.

J-Novel Club bring the translated to Amazon and describe the show there;

Waking up in a strange new place with no memory of his past life, Kelvin learns that he’s bartered away those very memories in exchange for powerful new abilities during his recent transmigration. Heading out into a whole new world as a Summoner — with his first Follower being the very goddess who brought him over! — Kelvin begins his new life as an adventurer, and it isn’t long before he discovers his hidden disposition as a battle junkie. From the Black Knight of the Ancient Castle of Evil Spirits to the demon within the Hidden Cave of the Sage, he revels in the fight against one formidable foe after another. Join this OP adventurer in an exhilarating and epic saga as he and his allies carve their way into the annals of history!

I’ve not read the series but the phrase “with his first Follower being the very goddess who brought him over!” suggests Isekai elements. Does that also mean the goddess is responsible for Kelvin’s memory or did something darker take it?

The anime will premiere in July, and with Satelight at the helm and Kouki Uchiyama attached, I imagine streaming platforms will be interested in picking the show up for Western audiences. After all, the main hero is being played by the leader of the League of Villains. 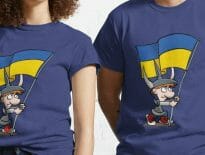 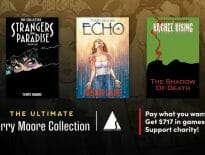