Modiphius is very much at the helm of the RPG and tabletop publisher charity RollVsEvil.

Once again, the UK-based company is putting their money where their mouth is and donating 100% of the special introductory RPG edition of Dice Legions to frontline aid efforts in Ukraine.

Dice Legions is a fantasy battle game in which the dice you have at hand become an army. The “dice as models” game is designed by Adam Dobbyns, works in solo and oppositional play and will be published by Modiphius.

The Mire Swamp it seemed had been hiding a terrible secret. Deadly arrows from the dark struck down even the most hearty. As the legion of cold green flesh came to take all that light and hope had built.

But it would not be taken so easily… The people of the Heirlands rallied to fight against this evil threat.

The battle of the borderland had begun.

The game is played on a tabletop or hand-drawn maps. You don’t need a wargame board or even a grid, and you have to imagine dice as units of orcs, dwarves, riders or monstrous hordes.

Skirmish games with Dice Legions are generally over in 30 minutes, battle games take an hour and a half and the top Legion scale games will take your evening.

The game was invented during the pandemic and was free-to-play. Adam Dobbyns explains;

“I was receiving 100-200 messages a day about the game from fans of the free version, and so I partnered with Modiphius to help me focus on creating content and let them get it out in front of the world,”

The RollVsEvil edition has custom-made unit cards and will have players gather their armies to battle on behalf of Ukraine. It costs $5/£4 and significantly, Paul and Linda Wedgwood of Supernova Capital & Partners will match the first £100,000 raised by RollVsEvil. 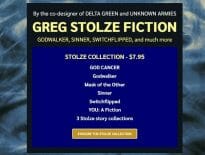 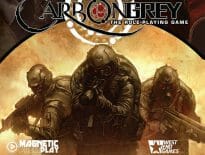