You are here: Home / Games / Tabletop & RPGs / Poll: Would you buy your D&D books all over again for an official virtual tabletop?

This week Wizards of the Coast ran a survey to help shape the future of D&D. According to reports, some participants were given a chance to continue to a secret section.

Geek Native cannot confirm this secret section exists, but it has been widely discussed, and the contents indicate Wizards of the Coast are considering a virtual tabletop and subscription model for D&Ds. This same week the President of Wizards of the Coast confirmed their belief that the company believes the future of D&D is in computer games.

If you missed out on this survey, then this new and unofficial survey is a chance to share your thoughts. The results are being automatically transferred to a spreadsheet and included below, although updates are slightly lagged.

There are two ways to take part. If screen sizes allow, then you can complete it straight from this post in the iframe below. If not then you can access a full-screen version at this link.

This poll is not a petition. Wizards of the Coast won’t care about your response, so please answer only once and free to express your anonymous opinion.

Once you complete the poll, you will be able to dig into the results. A few summaries have been provided below, and if this survey becomes popular, this section can be expanded further.

Is an official D&D virtual tabletop a good idea?

Would you buy your D&D books again in digital formats compatible with an official D&D VTT?

If they partner with DnDBeyond so I don’t have to buy digital books AGAIN and I get it under the same subscription as my DnDB I am in!…

Since I have only bought maybe $20 of products from D&D Beyond making a switch to WotD version would not be an hardship. WotC should offer a discount for anyone that did buy digital products from other VTT companies. WotC got a percentage of those sales. Of a DM had multiple VTT that is at minimum $300. What WotC could do is buy every other VTT.

Poll: Would you buy your D&D books all over again for an official virtual tabletop? 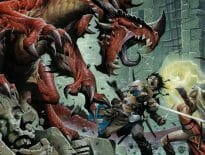 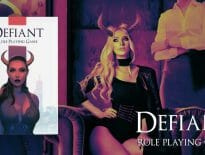