You are here: Home / Geek Stuff / Dungeons of Coasters: Eco-friendly, water-resistant and with one-inch grids

The idea of having drinks coasters with dungeon designs suitable for D&D and other RPG battle maps feels like a no-brainer that has been done before.

According to The Dungeons of Moriah Kickstarter, it has. However, dungeon design drink coasters with one-inch grids on 4-inch square designs could not be found. The solution? A crowdfunding campaign for drink spill safe dungeons, which you can join from the pitch page.

The funding goal is $1,000. I’m sure it’ll be many times if the campaign had the money for a video, more photography, and a swanky Facebook campaign.

Adam Sperlonga has a Zazzle store with some of their designs, which includes some monster pint glasses.

I don’t need the glasses like the dungeon coasters, but I am tempted. While browsing the store, I saw undecorated dungeon battle grid coasters costing $8.10.

This campaign’s dungeon map drinking mats are UC gloss finished, water-resistant, dry-erasable and eco-friendly. They’ll be laser cut, so you might want to wipe them down when you first get them.

A pledge of $18 or more will get backers a game night pack of these usable dungeon drinking tiles. A set means 7 coasters featuring art, including monsters, which will be exclusive to this tier, and it ships only to the United States.

Pledges at $45 mean a 32 coaster set, which is a lot of coasters but perhaps enough for a chunky dungeon.

Then, at $90, you can 75! Would anyone go for this? This is the only tier marked for international shipping. Despite the $90 mark being the only international one, the campaign has actually thought hard about this and partnered with an American company, The Game Crafter, to make them.

The highest tier comes in at $500 for everything and express shipping. The other tiers won’t ship, all being well, until June 2023.

Dungeons of Coasters: Eco-friendly, water-resistant and with one-inch grids 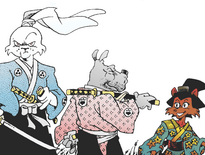 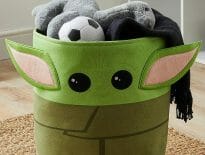