You are here: Home / Games / Tabletop & RPGs / The Usagi Yojimbo RPG will end as the license expires

Sanguine Productions has confirmed that the Usagi Yojimbo RPG license has expired and will not be renewed.

The DriveThruRPG listing has been taken down, retailers such as Noble Knight are out of stock but there some copies of various editions still to be found on eBay.

Netflix will soon stream an anime series inspired by Usagi Yojimbo. The Usagi Chronicles features a descendant of the summary rabbit and is due out on the 28th.

The license for Sanguine Games to produce the Usagi Yojimbo tabletop role-playing game has expired, and the rights-holders elected not to renew. It’s a hazard of licensing. We wish all fans of Usagi, like ourselves, to keep reading the comics and to watch the new show.”

A second edition of the Usagi Yojimbo tabletop role-playing games attracted well over 700 backers and $17,000 in support on Kickstarter. It made a Powered by the Apocalypse version of Stan Sakai’s Miyamoto Usagi swordrabbit.

It is believed that Sanguine still has physical copies of the game in stock which will be available from convention appearances. When that supply has sold out, then they’ll be all gone.

Yet another example of how our current copyright laws are woefully inadequate.
Yet another creation that will be preserved solely thanks to piracy.

How is piracy helping with Japanese copyright laws in this case? All the published copies of the game are still published. Piracy just pushes prices down and makes the industry impossible for creators and we all suffer.

The Usagi Yojimbo RPG will end as the license expires 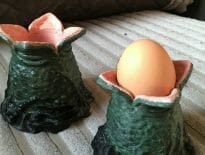 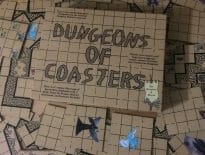