You are here: Home / Games / Tabletop & RPGs / An Unexpected Wedding Invitation: A Jane Austen romance and D&D mashup is an unexpected success

Midnight Tower, a small publisher based in Oxford, is based near where J.R.R. Tolkien lived.

Tove and Erik, a couple of geeks, launched their seventh Kickstarter, which is a Jane Austen-inspired mystery and a 5e adventure, this week, and it already has nearly 2,500 backers.

The wedding romance is LGBTQ+ friendly and can be played by anyone. There are pre-made characters in the book, but Midnight Tower says they can be female, male or non-binary, and same-sex romantic options are equally valid in the game.

An Unexpected Wedding Invitation isn’t just a romance; it’s a mystery, as one of the guests has been found dead.

The finished product will have the mystery adventure, a compendium called Intrigues & Intentions, designed character sheets with a Regency fantasy theme, those pre-made characters and a free VTT pack.

You are invited to an elvish wedding and an evening filled with mystery, intrigue, and romance.

The event is a wonderful opportunity for finding love and ever-lasting friendships.
However, social events are perilous. Small mistakes can lead to gossip, a tarnished reputation, public disaster – and even dangerous duels.

To make things worse, a guest is suddenly found dead!
You must find out what happened before the evening is over, but without rousing the suspicion of the other guests or potential love interests.

The PDF edition of An Unexpected Wedding Invitation is available to backers for just £6. That gets everything mentioned plus your name in the book.

The softcover version is added as a reward for backers who find £20 or more, but shipping costs must be added later. At £25, that’s a hardcover.

There are other tiers, such as the retailer option and a financial hardship one. The estimated delivery is very soon, in June.

An Unexpected Wedding Invitation: A Jane Austen romance and D&D mashup is an unexpected success 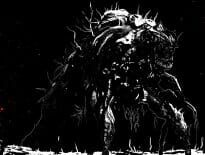 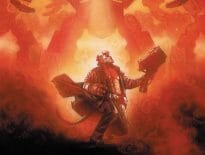