OpenD6.net is a website and webapp that’s rebranding, refocussing and working towards a standardised and expanded system since December.

The site is a set of a free set of tools that picks up from the OpenD6 role Playing System‘s “website portal and workstation”.

The original OpenD6 was created by West End Games’ owner Eric Gibson and was used in RPGs like Star Wars, Ghostbusters and Indiana Jones. It’s also seen use in a Men in Black, Hercules & Xena and even a DC Universe game.

As a result, OpenD6 is different from, but connected to D6MV from Magnetic Press.

The new site has a Dice Step Chart and a Trait Dice Roller, both free to use.

Redditor StarAnvilStudios, close to the project, also confirmed that the eventual goal is to produce a new OpenD6 physical book. This won’t happen until next year, once OpenD6.net is (more) Ready.

That’s the same Star Anvil Studios who are working on SAINTs and Synners for TinyD6.

OpenD6net aim for a new physical book after website update 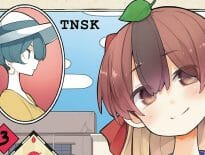 Anime Life after the age of shenanigans: My Master Has N… 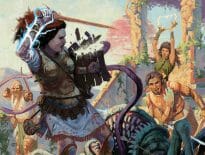