You are here: Home / TV / Anime / Life after the age of shenanigans: My Master Has No Tail trailer

Following on from the announcement teaser, My Master Has No Tail has a trailer.

It’s in Japanese but watch for a cheeky Tanuki who can transform and wants to trick humans.

The anime is based on TNSK’s manga and is being made by LIDEN Film by Cells at Work! Code Black director Hiedyo Yamamoto.

The manga is on Amazon with the following description;

Mameda is a tanuki who was born in the wrong era — all she wants is to trick humans, but that age of tanuki shenanigans is over. But one woman, a rakugo master named Bunko, shows Mameda it’s still possible to cast magic on humans… only with words, not illusions. Mameda is determined to become Bunko’s apprentice, but can she convince the stoic master to take her on…?

The cover of the manga is a great match for the depicted anime characters.

M・A・O, who voices Pecorine in Princess Connect! Re:Dive stars as cheeky as Mameda. Meanwhile, Hibiku Yamamura, who is Noriko in Kiznaiver will be Bunko Daikokutei.

We’re expecting the series to come to Japan in the Autumn of this year.

Life after the age of shenanigans: My Master Has No Tail trailer 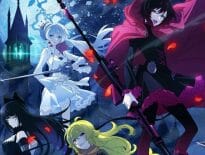 Sites OpenD6net aim for a new physical book after websit…
wpDiscuzComment Author Info
Manage Cookie Consent
This site uses cookies 🍪, and links are ads that may earn bloggers some money 💰, and with this alert, I very much hope that these dark truths 🧌 are acknowledged.
Manage options Manage services Manage vendors Read more about these purposes
Preferences
{title} {title} {title}
Loading Comments...