You are here: Home / TV / Anime / Pacific Rim: Netflix reveals Kaiju and Jaegers in The Black

We’ve a two-minute forty-four trailer from Netflix for their Pacific Rim anime The Black. There’s a key visual from Japan, too, although the trailer is in English.

Netflix tells us what to expect;

There was a time when Kaiju rose from the Pacific Rim only to encounter gigantic robots, Jaegers, built to fight them back. That time has passed. Now, Australia has been overrun by Kaiju, forcing the evacuation of an entire continent. Left behind, teenage siblings Taylor and Hayley embark on a desperate search for their missing parents, teaching themselves to pilot a battered, long-abandoned Jaeger to help in their quest and give them even the slightest hope of surviving.

We won’t have long to wait for this anime at all. Pacific Rim: The Black is due out on March 4th. It won’t be a long series, though. Each episode will come in at around 30 minutes, but there’s only seven in the whole season.

Pacific Rim: Netflix reveals Kaiju and Jaegers in The Black 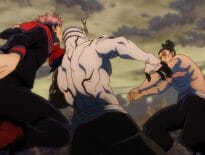 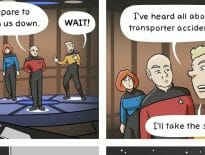 Comics Comic: How to avoid transporter accidents
wpDiscuzComment Author Info
Manage Cookie Consent
This site uses cookies 🍪, and links are ads that may earn bloggers some money 💰, and with this alert, I very much hope that these dark truths 🧌 are acknowledged.
Manage options Manage services Manage vendors Read more about these purposes
Preferences
{title} {title} {title}
Loading Comments...