You are here: Home / Games / Tabletop & RPGs / Genre Police: Tangled Up In Blue

Last time we talked about immersion and how we could make a game feel more resonant and deep by the decisions we make in storytelling.

Today I thought we’d look at some more concrete exercises you can undertake and hand to your players in order to help them get into character and feel more immersed. Like all good things, it begins with buying a series of notebooks.

The Wonderful World Of The Blue-Book

The blue-book is a term coined by White Wolf developers in the nineties. The term simply refers to the colour of the notebooks used by players in a world of darkness campaign. It’s not so much the books themselves that are the technique but how they are used.

In blue-booking players are not just using their notebooks to record what is happening but also sort of roleplaying within the pages. Sharing scenes and ideas that aren’t the main focus of the story. Let me rewind a step and give you an example.

You have, let’s say, a character who has a romantic subplot. While it’s come up in play, both the player and the GM want to flesh this out. But you can’t really dedicate the time to one player’s date night. So you begin the date in game and the player, very invested then writes the rest of the date down in a blue-book. Then other players have access to what happened if they want to, it happened but we haven’t spent an entire session on it.

It’s a good technique for all sorts of things to play out. Sometimes players write diary entries, or two players can get together outside of the campaign and write down a scene between their characters. Sometimes players who don’t want to engage heavily in the person-to-person RP excel at blue booking, even doing it during a session.

You can expand this process by handing players a question at the end of every session to write down before the next session. Nothing that takes loads of time but like ‘how does your character feel about [NPC]?’ or ‘Who would play the character in a movie?’ or ‘create a four song playlist about this campaign as if you were making a mixtape’. The sort of thing that can be answered quickly but adds a small detail to the game.

The Blue book is also a great way of exploring more adult themes in a game without triggering anyone. Maybe a player who is looking to push their envelope can write down darker scenes and other players can choose to read their work or not. And if everyone is then OK with the content, it can be moved into the game proper.

Done correctly blue booking is a great way of getting into the deeper outside life of the character. A player is suddenly freed to dive into the internal life of a PC. They may just provide a list of places the character likes to hang out, add an NPC to the game through writing, share a story with one other player, and do whatever they want to create a living document of the campaign.

Have you ever had a session where a couple of people pull out and you end up cancelling?

An alternative option is to ‘Hot Seat’ a PC or two. This is an acting technique used to help get close to a character.

The basic premise goes like this – One player is in character and the rest of the players ask them questions about themselves, their life and viewpoints. The player answers questions as their character would but striving for mostly honest answers.

The idea is to get into character in a way that you are eventually at a point where the player is adding details and moods to the character they hadn’t thought about before, improvising small fictions that add to their picture of the PC as a person. Maybe they recount an untold bad night they had, tell you about a parent they hadn’t talked about, or just tell you they hate dogs or something. It’s still a detail you didn’t know.

In a session where someone is missing, spending some time hot-seating each player for ten to twenty minutes each is very possible. It will add something to a game very quickly.

In a game like D&D where resting and watches are part of the fabric, make sure you give that moment a chance to breathe. Don’t just skip a period of time, instead take time to ask players if they’d like to talk to each other about things on watch, have things for NPC characters to say and bring up during a rest. You don’t have to wait for it to be the right time. Any moment that there isn’t action could potentially be a moment between characters. Take those quiet moments to have NPCs ask questions to players and have players ask them back.

Similarly, you should allow players to have conversations in character while the main plot is going on. Maybe while two players interrogate a merchant, others are discussing a way to deal with the Thieves Guild while they are in a tavern. If they are doing this, it means they are living in the world independently of you. And that’s what you are aiming for. It also means the players are making the time they have to play really count, then the characters deepen and the world grows.

For example, one of the most interesting things you can do is require players to give something to other players as a gift, maybe for a holiday.

In a World of Darkness game, I’ve done an actual Christmas session with players before where the group and a couple of NPC decided to buy gifts for each other. It not only shifted the very grim game back to hope for a while but it also told us loads about the characters. How much they are prepared to think about others, how much they can actually afford (one player bought the same picture of the group for everyone, as that’s all they could buy. Everyone was really nice about it), and how others thought of them. We spent almost six hours on one Christmas. Outside, in the real world, it was mid-May. But the players really defined how they related to each other and found out how their characters show love. So giving players a chance to give each other things can be a very revealing process.

I hope that gives you some tools and ideas to increase and deepen your players’ engagement and immersion. Next time, we are going to switch to something new, because it’s my 100th article and I want to celebrate.

Genre Police: Tangled Up In Blue 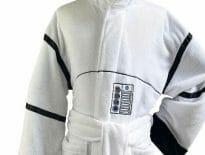 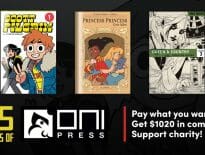