Immersion is something I see GMs talk around a lot. How ‘into’ the game their players are, how much they do or don’t like the ‘roleplay’ side of things. How to create an experience that really hits players in the emotional place rather than just be a beer and pretzel style monster stomp.

Roleplaying can be a really emotive, cathartic and challenging experience if you want it to be. And it occurs to me, we’ve talked around a lot of it before, but we’ve never really looked at the idea before. So settle down and let’s get into getting into it and creating a more resonant game.

Start At The Beginning

This might seem obvious, but you need to start by checking with your group/players that they want to invest in a game with deep emotional content.

Yes, some people come to a game to Feel, but some people come to crush monsters, or just watch their friends having fun. Each of these playstyles are as legitimate as each other but forcing a person to do one or the other can be harmful to the game and will create discord. So checking with each player how much emotional content they are down for is very important. Maybe during a session zero or update session. Once you’ve made it explicit to people the sort of things you want to run, you can begin to build ideas into a game that move and challenge a group.

Once you have everyone on board, it’s time to go back to the drawing board and use a technique that I always found effective when used in old World of Darkness sourcebooks, Theme and Mood.

The idea here is quite simple. For the game you are running start by picking a theme, which is an idea that you are exploring. This will inform the choices you give players. So for my D&D ‘Tears Of Ashu’ game, I am exploring the theme of reincarnation and destiny. Meaning players are often faced with choices about continuing in the footsteps of their previous incarnations, going against destiny, having to live with choices they made in past lives and forced to justify and make the lives they have now worthwhile in the face of other versions. They feel like every character decision is one they take measured against other lifetimes and versions of themselves. The theme has informed the play.

In relation to theme is deciding a mood for your game. This is often not so much a high concept but a feeling of sensations/environment you want to create during play.

Given my theme of reincarnation and my connections with the sub-continent during my 20’s, I decided I wanted to make the story feel like it could fit into existing Indian folklore and heavily researched the look, feel and experience of Hindu and Buddist faith and well as the myths and legends of India, combined with my experiences there. I added in the feeling of wanting to run a campaign like a series of novels with a set of Primary antagonists who would be the villains throughout.

I wanted the campaign to feel like a relentless oppressive invasion where heroes struggle to do what’s right. Combined with the resurrection theme, this has created a battle for a world that is already ruined by its colonialist oppressors but fighting for survival. The natives and colonialists having to find ways to work together in the face of history and taking dreadful personal losses every time they fight.

The primary question of the game has slowly emerged as ‘how much suffering is worth the fight? When is it right to just submit and give in to resurrection and try again next time? Or is that cowardice?’. One player literally now has the power to reset the timeline of the whole three years of campaign with a thought. He can bring back everyone who perished and start all over – but it makes all of the experiences so far pointless and just part of a cycle. And it brings the bad guys back too, invalidating the victories they did make.

This situation hasn’t come about by accident, or my calculated manipulation of the players. It’s in keeping theme and mood in my mind every time I plan and encounter or make a decision about what has been happening in my game. To my style of DMing, having a clear and consistent theme and mood are The most important thing you can have in running a game. If you know these and keep coming back to them, then you have a game that is asking the players important questions and returning to a familiar feeling every time. This creates a rhythm for the game and sense of direction where people feel like it going somewhere. It isn’t just a bunch of stuff that happens. It’s a bunch of stuff that happens with an intent and focus.

And it can be a guide even when you are lost. I have literally no idea how my Vampire: The Masquerade ‘Control’ campaign is going to end or even go during most sessions but as long as I stick to the theme and mood of the game, I know it will turn out ok.

It’s worth saying that before you challenge players you need to make sure you are safe. Checking triggers and such should be done early on. If you need to work out how to do any of that, I have previously written several articles on safety that are worth checking out.

The Hard Choice, The Hard Consequence

So, the crux of this style of game is actually relatively simple. Give the players hard choices, then when they make a choice, enact the consequence of that action.

Do not shirk this final piece.

Players want to be threatened and come out the other side. You wouldn’t run a combat with no real stakes, so don’t give them a choice that doesn’t matter. If they decide to save the village rather than one person, make sure they know they have no way of saving that one person. If they undertake a selfless act of martyrdom in order to buy a victory, make sure they are forever changed by it.

But give them time to examine, heal and most importantly, grow. If you don’t give the time to become better people or let their characters work through the grief and become stronger, then you are just being cruel.

In Tears, characters have overcome loss, heartbreak, self-doubt, arrogance, selfishness, in-fighting, addiction and greed. They’ve lost friends who were NPCs and PCs. Some who drown right in front of them. They’ve watch cities burn and people they love become warped. But they’ve been given time and they always pull together and fight. And now they are so close to victory, they can almost smell it.

But they are still questioning if they are strong enough to take those final losses. Who will be left standing? And it’s those hard moments that have given the approaching conflicts real weight and pathos.

Next time, we are going to come back to this idea in a more generic sense and have a look at a few more things that are going to add depth to a game and allow players to get in on the action of helping you deepen a game. 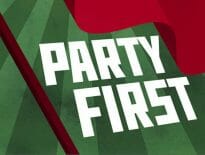 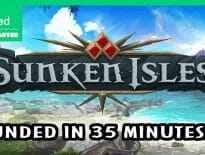