You are here: Home / Games / Tabletop & RPGs / Many players; one character – Last Sentinels offers up unique twists to traditional RPGs

I often see the word “Unique” in Kickstarter pitches, which is often poorly applied. Yes, a classless system is different from 5e, but it’s not unique.

Jason Price’s Last Sentinels is a mecha RPG that draws heavily on P.H. Lee’s award-winning Polaris: Chivalric Tragedy At Utmost North and feels unique on top of that. The zine game is based around one sole mecha pilot with “narrative-duelling” by the players, with interruptions, to control the pilot and the growing cast’s fate.

The Kickstarter launched during Zine Month, with a £1,000 goal and only two weeks on the clock. You can find out more or back from the campaign page.

Polaris is an inspiration but so are Mobile Suit Gundam, Neon Genesis Evangelion, Star Wars and Battlestar Galactica. There’s even this curated playlist based on those to put you in the mood.

The game has a shared player sheet rather than a character sheet, on which the evolving cast of PCs and other resources are coordinated. There’s no GM in Last Sentinels; instead, roles and responsibilities depend on where players sit around the table and a timer is used to keep track of the incoming death or inevitable betrayal.

With death and betrayal so firmly on the cards, does that mean Last Sentinels is a one-shot only? A successful Kickstarter funds rule for both the one-shot and campaign approach; the latter gives each player a Sentinel pilot to control.

Play to tell the story of the Sentinels; giant, humanoid mechs capable of wielding devastating weapons and performing agile manoeuvres in zero gravity.

You’ll focus on one main protagonist, a gifted young civilian who escapes the besieged planet of AUGUR-V on a titanic starship with their remaining people.

They must defend these survivors against overwhelming odds as a vast fleet pursues the ship through their former empire.

But your protagonist is doomed.

Their story will end in death or betrayal when they succumb to the intense pressures of hope, despair, scheming foes and high-stakes mech combat.

Backers who find just £5 will get a PDF copy of the RPG and a customised Miro board for online play. If you’ve not yet encountered Miro during the pandemic, then it’s most easily described as an online whiteboard.

The only way to get a printed edition of the campaign is to back the Kickstarter. That’ll cost you £10, needs shipping to be calculated afterwards and includes the PDF.

The “Deluxe Edition” tier is £25 and adds in an A5 cover art print, a custom notepad and pencil. There’s a retail tier at £40 which offers shops printed copies.

The print edition is supposed to be exclusive to the Kickstarter, as noted, but if you’ve come to this late, then it’s worth noting some retailers may have backed it too. If they have, they’ll have print copies to sell through that loophole, and you might be able to track them down.

Delivery of the digital edition is slated for May and the rest in July.

Many players; one character – Last Sentinels offers up unique twists to traditional RPGs 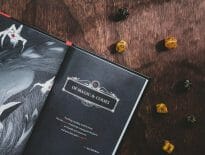 Tabletop & RPGs As horribly brutal as you want it to be: A review … 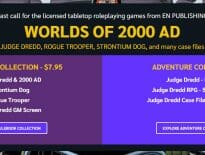