Hot on the heels of the Monad Echo SRD and the news that The World Anvil Publishing was working on a game called Dead Air: Seasons, the Italian group has announced a new game. Don’t hold your breath, though. Bitter Chalice isn’t due for a while.

The announcement doesn’t confirm that the publisher’s Monad Echo system will be used but describes the RPG as a setting-crawler, an adventure game with a system included.

Bitter Chalice is inspired by dark universes like Bloodborne and Dark Souls. The official and 5e-powered Dark Souls TTRPG will be out long before that.

“… and men sealed those places, for their waters had become bitter.”

A long time has passed since the lands around Vathan were declared infected, and the Seal Wall was erected around them. Those trapped within search in vain, their desperate thirst leaving them at the mercy of the many horrors spawned in these cursed lands. Survival can be found in blasphemous spells or ancient alchemical practices, but is bought at a heavy price. Survivors face the choice of dying at the hands of monsters… or becoming one themselves.

Fools! You have ventured into a place from which no one has returned. What twist of fate brought you here? And what hope do you have of getting out?

Legends say that only by finding the Holy Water, now rare and strenuously guarded, can you cross the Seal Wall, finally returning home. But every end is achieved only through great atonement. And when we have nothing but ourselves, what else is there left to sacrifice?

Giacomo Gordesco (Endelstrom, Raam Scoria) and Enrico Pasotti (Nostalgia: La Flotta Nomade) are working on the project and the publishers are ready for playtesting. The Discord server is the way to go to get involved in that.

Harry Conway is the lead artist. 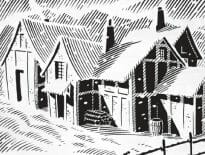 Tabletop & RPGs A look inside: Wickerpunk – a folk horror RP… 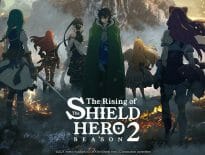