Broken Tales is the second most highly anticipated RPG of 2022 according to EN World readers.

It’s a game of dark fairytales powered by the Monad Echo system. Monad certainly isn’t the most well-known system, but perhaps that will change this year too.

World Anvil Publishing, the Italian group behind the RPG, has this week announced the Monad Echo SRD. The System Reference Document will be out in the summer.

This document, free to download, will allow people to develop their own Monad Echo-based game, share it, and yes, even sell it!

Broken Tales won’t be the only English-translated RPG running Monad either. Dead Air: Seasons has been announced.

Dead Air: Seasons is an RPG about the consequences of human greed, the failed attempts to remedy our mistakes, and the unleashing of an ecological catastrophe called the Blight. Ten years after the apocalypse broke out, the few survivors who did not fall victim to the Blight are hiding in isolated or well-protected places. Outside the settlements of the Communities, nature has reclaimed with extreme speed the spaces that had been taken away from it under the invigorating effect of the Blight. Villages have been engulfed by vegetation, and animals run through the streets or nest in the luxurious attics of the cities that once belonged to the world elite. In just one decade, the Blight has transformed the face of every continent, restoring an ecosystem upset by human presence.

World Anvil say that the game is at an advanced stage, but the publisher is waiting for progress on Broken Tales before pushing forward. The Quick Start is slated for Summer.

The cover reveal suggests a mystery book, too. 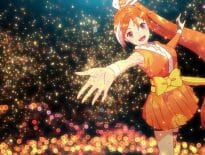