Steamforged Games have confirmed there will be a Collector’s Edition of their upcoming 5e-powered Dark Souls tabletop RPG and that there’s a mini range coming.

Dark Souls: The Roleplaying Game really is a special one that deserves to take pride of place on the shelf of any roleplaying or Dark Souls fan. Both the Standard and Collector’s Editions are gorgeously illustrated, hardback books designed to deliver as much in looks as they do in content. The Collector’s Edition takes that one step further with the exclusive leather-and-gold look designed to put players in mind of darkness and bonfires, creating something extra-special and limited edition to be treasured. Collectors of either edition will not be disappointed.”

The pre-order will go live at 15:30 UTC on February 16 with limited numbers. The standard edition is on pre-order as of today.

Steamforge have said only 5,000 copies of the Collector’s Edition will be made available. The page count is the same as the standard edition, an impressive 500, but the limited edition of Dark Souls has a leather-look cover with gold foil and gilt-edges.

Steampunk also confirmed that a Dark Souls TTRPG mini range is coming and is due later this year. The box set of models will include recognisable player characters and enemies. 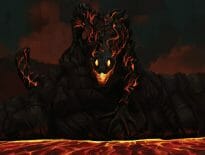 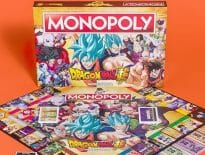