You are here: Home / Books / Comics / Glasgow’s BHP to bring to life the first British south-Asian superhero in the Bold Collection

Hot on the heels of Killtopia success, a comic from Dave Cook and Craig Patron getting an anime, Sauchiehall Street-based publisher BHP has announced The Bold Collection.

The Bold Collection is a set of one-shot comics going to Kickstarter. Naughtily, BHP says that the comics will be “available for pre-order from Kickstarter” on 2nd March 2022. You’ll also be able to pre-order them from the BHP website.

I’m immensely proud of these titles. We have poured a year’s work into their conception and production, resulting in a collection of rich stories with three-dimensional, dynamic characters. These titles can easily stand side-by-side with the bigger publishers on the market.”

One of the four comics announced is Umar Ditta’s Principle. Illustrated by Robin Richardson, lettered by Hassan Otsamane-Elhaou, Principle is what BHP describe as the UK’s first British south-Asian superhero.

Principle – an immigrant who became the UK government’s top superhero – lives a comfortable life. After fleeing his country devastated by superpowered wars decades ago, he and his family have swapped terror for safety. But more people are mysteriously becoming powered. And a small number of them are becoming villains and heroes, sparking more oversea wars and more refugee crises, which the UK Government is ignoring. Principle now finds himself torn between overseas injustice and domestic threats, and his comfortable life is heading for disaster.

The Bold Collection will feature eight new and emerging comic creators and made with money from the National Lottery through Creative Scotland. English and Spanish creators are involved, as well as Scottish. BHP, Sha Nazir (publisher) and Gary Chudleigh also mentor the creators as part of the package.

The world is diverse, comic readers are diverse, and we need to reflect that in our production team and in our stories. I’m delighted that we have gotten the chance to highlight these emerging creators and thrilled with what they’ve accomplished. Together, we have created brilliant contemporary comics that will launch our emerging talents’ careers.”

In Storm Hunter, a warrior’s sister goes missing, and that’s an event that ties into the rise of an ancient evil, the fall of a tyrant’s power and a rebellion.

Storm Hunters protect their mythical Scottish realm, Scotia, using the power of ancient creatures to fight the Dochrach – evil beasts that reach the size of mountains. But Storm Hunters fight no more. Centuries have passed with no incident. The Dochrach are thought long dead. But in their place a threat closer to home has emerged. Trainee Storm Hunter Isla Barran’s sister Hilda goes missing. And the violent rulers of Scotia’s kingdom, who hate Isla’s kind, are suspect number one. Isla foregoes her sacred duty in order to save Hilda. But she finds herself entangled in an active rebellion at Scotia’s kingdom. And to make matters worse, dark magics are in play and the Dochrach may return once more…

Written by Tara Mallen, with art by Chris Stefanova, The Losers’ Club is a one-shot comic about homework, bullies, and government hit squads.

Jamie’s the new kid in school. They’ve come to Hope Hill – a small Scottish town with a big secret – in search of answers. Here they meet the Losers’ Club – superhero sidekicks in hiding. Ever since powered people were declared illegal, superheroes, supervillains and people with powers just trying to live normal lives, have been captured or are on the run. Jamie’s arrival brings friendship and revelations that will put them all in danger. Buckle up, kids. Things are going to get bumpy.

Keeping letterer Hassan Otsmane-Elhaou busy on another project, written by Kumail Rizvi and Daniel Coloma on art, Agents of MI7 is set in a world with a supervillain facing minimal opposition.

All superheroes are locked up. And a god-like supervillain, Magna Malus, is free to operate unopposed.With intel that he was amassing power to overthrow the UK government, Government ministers resurrected MI7 to investigate the threat. But time is running out. Malus has launched his attack and there’s only hours before the UK is under his rule. An MI7 special-ops squad now must go on an urgent mission to rescue the only superhero who could stop him before it’s too late. 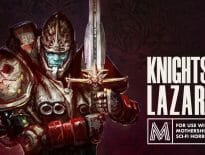 Geek Stuff Uncrackable: Knights of Lazarus will puzzle your M… 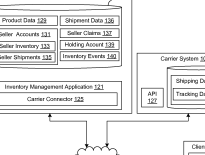