I didn’t back Nightfall Games’ The Terminator Kickstarter because, well, money. Over 2,000 gamers did and secured a copy of the game by doing so.

By not backing, the risk I take is that Nightfall decides the best way to manage the product line is to supply the physical book to backers, not speculate on extra copies and see what organic growth looks like. I might miss out.

Forbidden Planet, though, is now taking pre-orders on the hardcover. I have got a second chance to secure the £40 RPG.

The Terminator RPG is the officially licensed game, a 192-book, that uses the same system as SLA Industries; S5S. There are some quirks to the license, though; Nightfall doesn’t have Arnie’s likeness rights and so can’t show the looks-human form of the most famous Terminator of them all. The British publisher can also tap into some, but not all, of the sequels, be they in print or on-screen.

Here’s the official blurb from the Forbidden Planet site and it probably came from Nightfall directly.

‘The Terminator RPG’ is the official roleplaying game based on ‘The Terminator’ movie and associated graphic novels published by Dark Horse comics.

Join the Human Resistance. The world is a wasteland—broken by the machines we built. Our own creations, our own hubris. Not in some distant future. Today. Now. The machines think they have won. But there is one last chance for humankind, a secret weapon that Skynet in its infinite calculations could never have anticipated—you.

Play in any time zone—including the 1980s and future war. All the main characters from the movie, such as Sarah Connor, Kyle Reese, and the T-800 are included, as is content from the graphic novels and all all-new, never seen before Terminator variants and hardware.

The rulebook includes two mission packs, enabling you to relive ‘The Terminator’ movie and to join the fight to bring down Skynet in a not-so-distant future war.

‘The Terminator RPG’ will be a lavish 192-page hardcover book with full-colour illustrations throughout, giving you an engrossing study of the expanded world of ‘The Terminator’. 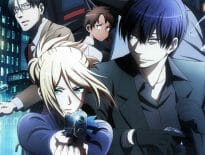 Anime Assassin drama Love of Kill is on Crunchyroll; her… 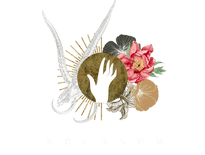