You are here: Home / Games / Tabletop & RPGs / The Terminator invades Kickstarter for a tabletop RPG

Nightfall Games, the publishers of SLA Industries, has launched their Kickstarter project for The Terminator RPG. It has funded already, easily beating the £10,000.

The tabletop game is officially licensed and will use Nightfall’s S5S system. There are 24 days on the campaign clock at the time of writing, and early bird offers are still in place. You can find out more or back the project from the pitch page.

There’s a Pay What You Want quick start for The Terminator already available at DriveThruRPG. It’s earned Electrum bestseller status, which means people have been happy to buy it rather than take it for free, and it currently has 3.5/5 review stars after 7 ratings.

In The Terminator RPG, which will include the Dark Horse universe but no movie beyond the first one, players are part of the Human Resistance in any timezone. The game, therefore, covers the 1980s and the future war.

‘The Terminator RPG’ is not just a role-playing game—it’s a sourcebook for the first Terminator film and its expanded universe. Settings writer Andrew E.C. Gaska is known for his development work on the expanded universes of ALIEN, Predator, and Planet of the Apes. Like those projects, ‘The Terminator RPG’ extrapolates from hardcore existing canon to create a living and breathing world with a multitude of possible and probable timelines.

The S5S system uses d10s, where one of the rolled dice is the success dice, and up to five others are skill dice.

The book will be a full-colour hardback of 192-pages, and we’re told much of the writing is done, with layout started.

For the next 30 or so hours, a £54 early bird offer is in place, which gets you The Terminator RPG core rules, the GM Guide, the GM Screen and PDFs of the core rulebook and GM Guide.

However, the full price for the same tier is £55.

If you only want the core rules, then it’ll take a £12 pledge to unlock the PDF and £40 to get the PDF and hardback. Add-ons include dice and dice trays.

The project is expected to ship at the end of the year.

The Terminator invades Kickstarter for a tabletop RPG 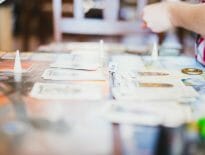 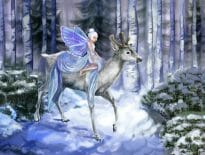