You are here: Home / Games / Tabletop & RPGs / Soulmist: The Erebos system for 5e, a dark world and prohibited magic

Greece’s Black Lantern Productions has a Kickstarter hit and a loved project with Soulmist: A Journey from Darkness to Light.

The RPG uses the Erebos System, which means fate pool mechanics, and pits five fantasy races into a battle against the Dark Saints. The publisher has asked for €17,000 to fund the project and is nearly there a day after launch. You can join in, or find out more, from the project page.

The concept of Erebos as a mechanic is that it’s not a measure of good or evil; it’s the struggle of living with the traumas of the past. As it increases, conditions cloud the PCs minds and eventually, whispers from the Darklands begin to grow louder until the character approaches oblivion or even Tartarus.

Magic in the game is connected to Erebos as the more you use those powers, the more Erebos you gain.

Soulmist will be 250+ pages and a hardcover. There will also be a Kickstarter edition on leatherette and with a slipcase.

Soulmist: A Journey from Darkness to Light is a dark fantasy campaign setting, and it uses D&D’s 5e system.

The campaign takes place in the mystical world of Fyera, a realm tormented by the endless struggle between light and darkness.

The first release in this universe lets you play as one of the five races under the Sun.

A pledge of €20 (about £17) will get backers a PDF copy of Soulmist as a reward. This tier is called “Flesh Hunter”, which sets the tone, too!

Ebon Solider, the €42 tier, adds the hardcover but requires shipping and other fees to be added later.

There are some early bird options on the larger tiers but, if you miss those, then €80 gets you the hardcover and PDF plus the dice and GM screen. At €110, the spell cards are added in.

It’s not until €300 that the Collector’s edition of Soulmist unlocks.

Delivery is expected this year but in December.

Soulmist: The Erebos system for 5e, a dark world and prohibited magic 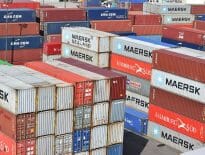