You are here: Home / TV / Anime / In the Heart of Kunoichi Tsubaki follows the Dog Team female ninja

The comedy manga of and “No-boys-allowed” In the Heart of Kunoichi Tsubaki follows the best student in ninja class. Tsubaki Kunoichi, our student, lives in a village of women who cannot contact men.

But she is curious.

The series is based on a manga by Soichiro Yamamoto, the creator of Teaser Mater Takagi-san, and produced by CloverWorks.

Yuko Natsuyoshi (Assault Lily BOUQUET) plays Tsubaki, and the two other characters we can see in the promos are Sazanka, voiced by Sayumi Suzushiro (86 EIGHTY-SIX) and Asagao, by Miyari Nemoto (Pokémon Evolutions).

The show is expected to air in Spring 2022, and this is the first trailer for it. 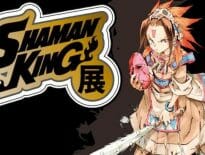 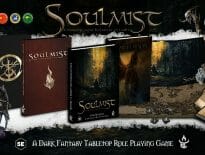 Tabletop & RPGs Soulmist: The Erebos system for 5e, a dark world a…
wpDiscuzComment Author Info
Manage Cookie Consent
This site uses cookies 🍪, and links are ads that may earn bloggers some money 💰, and with this alert, I very much hope that these dark truths 🧌 are acknowledged.
Manage options Manage services Manage vendors Read more about these purposes
Preferences
{title} {title} {title}
Loading Comments...