You are here: Home / Games / Tabletop & RPGs / RPG bundle “Solo But Not Alone” returns to save people

Organised by Peach Garden Games, and for Jasper’s Game Day, Solo But Not Alone 2 is a bundle of 101 tabletop solo RPGs to raise money for suicide prevention. It should be a cost-effective way for many gamers to do good and, perhaps, dabble with solo RPGs.

Jasper’s Game Day is an internet-based nonprofit that battles to prevent suicide. How? Through awareness and education, and by building a supporting nexus of links, support, contacts, events and bundles like this one.

Based in Edmonton, Canada, Cat McDonald of Peach Garden Games helms the Solo But Not Alone project and is joined by 73 other game designers and creators this year. Together they’ve 101 TTRPGs in a bundle that’s available for just $10.

The money raised goes to Jasper’s Game Day, last year that was more than $30,000. The goal for this year is to beat that with the current Itch.io hosted bundle target set to $31,650.24.

Every single RPG in the bundle is a solo game. That’s to say, a roleplaying game you can play alone. Solo games have become increasingly popular, partly because of the lockdown and as more people become curious about TTRPGs and want to start before establishing themselves in a gaming group.

There’s no wrong way to play a solo RPG; some closely match traditional social RPGs, whereas others use different formats and techniques. The 101 games in Solo But Not Alone 2 are a diverse representation of the possibilities.

RPG bundle “Solo But Not Alone” returns to save people 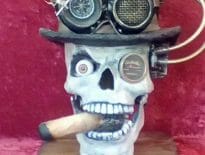