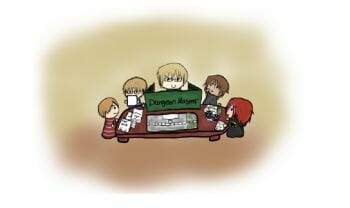 D&D or Pathfinder? That’s a question which has done the rounds. The market stats from ICv2 seem to have been telling a consistent story over recent years; Pathfinder rises and Dungeons & Dragons drops. The latest survey suggested D&D was in 4th place.

There’s a catch though. It’s not just that few groups were buying D&D 4e given that D&D 5e was around the corner. It’s also because many gaming groups were happy with their current games and still playing. Which RPGs are gamers actually playing?

Roll20, the virtual tabletop software, run by The Orr Group is in the position to find out what RPGs gamers are playing. They didn’t snoop on games; they   analysed the profiles of some of their 600,000 free users. By the way; 600,000 gamers in the virtual tabletop community! That’s pretty good!

Roll20’s research shows that D&D has a commanding lead. In a straight head to head between D&D 3.5 and Pathfinder when gamers were asked what which game they were happy to play; 43%.48% said Pathfinder and a little more, 44.96%, said D&D 3.5e. So when you add in gamers on D&D 5e already or sticking with D&D 4e the lead becomes substantial.

Roll20 didn’t stop their survey there. They also asked which games people wanted to run. Pathfinder came out top with 26.83% of GMs responding and D&D 3.5 was in second place at 17.87%. Add up all the variants and once again Dungeons & Dragons has a commanding lead. 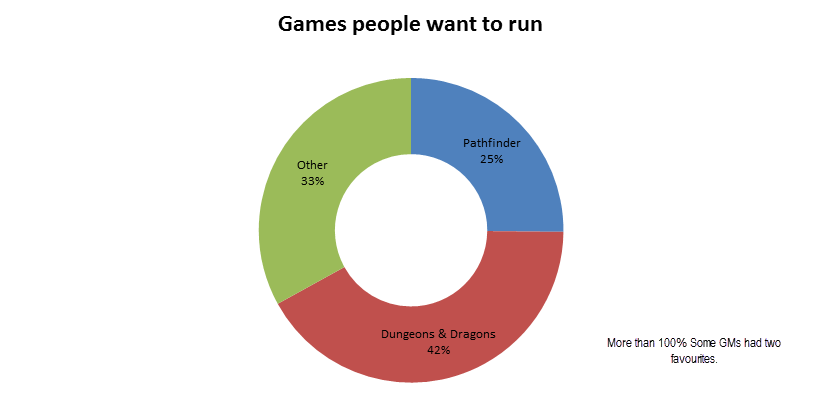 You can see the raw figures from Roll20 here.

Notice some overlaps? I asked Roll20 about this and it’s easy to understand; this was an open text survey. Gamers could mention any game they wanted. So when you see “New World of Darkness” as well as “Any White Wolf” that means a statistically significant chunk of gamers called out “New World of Darkness” explicitly while another told the survey that any White Wolf game would do.

Update: Post has been updated to better reflect Roll20’s methodology. There was an original, previous, freeform survey which produced the list of games players could select. The 15,000 analysis that this research is base on is a direct report on which RPGs players had identified on their Roll20 profiles.

roll20app GeekNative Interesting. Is DCC lumped in with OSR or was it just not in the radar?

kevinsearle GeekNative Tough to definitively state. When the answers schism too far (which happens with older games) it can get fuzzy.

roll20app GeekNative This tries to make like this isn’t data pulled from the player profiles and campaign pages, but fails. Truth?

Gnurdy I’m told it’s a survey. I’m sure roll20app can confirm if there’s any wobbles on that.

GeekNative Gnurdy There are wobbles. The only element that was a survey was previous data to make the available games list.

I’m not sure it’s valid to add up the totals for D&D. Since you can list multiple games, it’s possible D&D players are listing multiple editions, giving them more than one “vote”. Likewise, there is probably a lot of overlap between PF & 3rd edition. Taking this into account, I’m not sure these results overturn previous claims that Pathfinder is currently the industry leader. 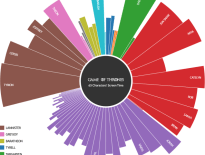 TV The hypnotic visualisation of the screen time for … 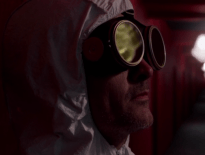