You are here: Home / Games / Tabletop & RPGs / Darlene, one of TSR’s first employees, speaks out over her current treatment by the new TSR

The artist Darlene was one of (actual) TSRs first employees. The calligrapher produced the Flanaess map and others, and she became a good friend with Gary Gygax.

In a public Facebook post titled “The Power of “No!”, Darline now deals with 42 years of suppressed emotional pain by telling the world how she is resisting polite but insistent, firm and increasing pressure from the new TSR to sign a contract she does not want too.

It’s upsetting if JL thought I would be stupid enough to sign a contract without reading or comprehending it. In my response, I referred him to item #3 which obligates me to defend his position in his WOTC lawsuit.

The lawsuit, which the new TSR has had to re-file after initial attempts were incorrect is an attack on Wizards of the Coast. The suit claims that WotC somehow tarnishes TSR by their behaviour. A crowdfunding campaign has struggled to attract more than 100 supports to support the action. The rallying tactic used by the campaign taps into the nostalgia of Darlene’s old company, real TSR, and to protest against the “legacy disclaimer” on some digital copies of original TSR books. That’s a note which reminds readers that these old games are historical works.

Darlene explains that the new TSR does not think they can win their lawsuit, the one they are taking money from backers for unless she helps them. She has been clear that she will not help.

Wizards of the Coast still use the TSR logo and name on original D&D titles, and other games.

The new TSR, which includes Justin LaNasa and Ernie Gygax (whose name appears as “Gary Gygax Jr” on the recently published Spirits Guide for Giantlands), bought some legal use of the iconic brand.

Having bought some access to the TSR name, the new company set out their lawsuit against Wizards of the Coast to argue the name TSR was being harmed. Wizards’ own legal team points out that this sequence of actions is against the rules by which TSR was awarded the rights to use TSR at all.

Darlene notes that the new TSR is using the grey The Game Wizards logo without permission, which could be a second infringement by the new publisher.

The pressure they are putting on me to reconsider has increased. Ernie Gygax thinks granting my permission for them to use the logo—which, btw, they are already using anyway—is key for their successful arbitration.

As we see from new TSRs tactics, they very much want to present themselves as some sort of Knight protecting the days of yore. Darlene calls them on that too;

Ever since they appeared on the scene, the new TSR has been plucking the heartstrings of those who fondly remember the good ole days when the hobby was in its infancy. JL’s lofty words: “to honor and remember TSR, the Dragon, Gary and all the alumni of the old days of gaming” sound inspiring. But I remain unmoved.

The new TSR’s re-filing of their complaint against TSR took a further blow this week when it transpired they had done it wrong.

Multiple errors on the paperwork had to be addressed. It’s unclear whether the Indiegogo run by new TSR will pay for these corrections.

Meanwhile, Darlene’s summary of events reveals a brave woman who produced incredible work in trying circumstances. The Darlene of those early TSR days would surely be impressed by the woman standing so firm today.

New TSR should have blown everyone away with a series of products. Not lawsuits. Right or wrong the lawsuits make them look like grifters.

But maybe he’s right, he’s bringing forth the legacy of his father: being a litigious jerk.

Darlene, one of TSR’s first employees, speaks out over her current treatment by the new TSR 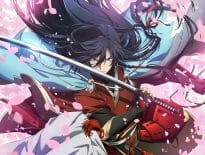 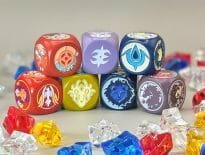