You are here: Home / Games / Tabletop & RPGs / GallantFunding: War of the Magi hits target within 24 hours

Yesterday, Gallant Knight Games announced War of the Magi as the first of their GallantFunding games.

It’s a pre-order+ replacement to Kickstarter, and its been successful on its first go. War of the Magi made its modest 50 books pre-ordered target in about 24 hours.

It’s inspired by movies like Highlander and recognises the influence of RPGs like the World of Darkness.

If no other supporters step forward, it’ll be a 72-page, black and white, softcover print. If the campaign hits 1,000 backers, the book will also have a hardcover offset print run.

The catch? Everything comes from the US for now, which makes War of the Magi an expensive proposition to ship outside of the country.

The bonus? There’s a PDF available which you’ll get a day or two after you place your pre-order.

If you want just the PDF, then War of the Magic will set you back $7, the print $15, and there are economies of scale in getting both as together the total is just $20.

Potential supporters have until January 21st to join the GallantFunding campaign. It’s not clear how many more copies Gallant Knight Games might produce and, therefore, not clear if it’s now-or-never for people who might want an offset print run, and it might depend on interest.

GallantFunding: War of the Magi hits target within 24 hours 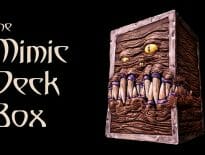 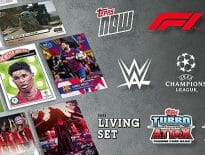 Geek Stuff The $500 million trading card purchase of Topps
wpDiscuzComment Author Info
Manage Cookie Consent
This site uses cookies 🍪, and links are ads that may earn bloggers some money 💰, and with this alert, I very much hope that these dark truths 🧌 are acknowledged.
Manage options Manage services Manage vendors Read more about these purposes
Preferences
{title} {title} {title}
Loading Comments...